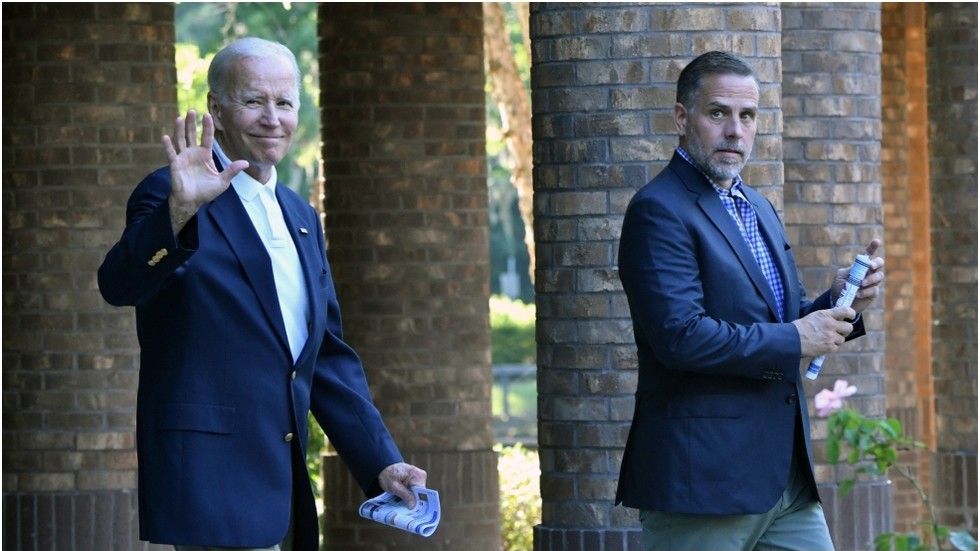 Twitter chose to block the Hunter Biden laptop story in 2020 after intense pressure from Democratic Party operatives working for the Biden presidential campaign and struggled to find a plausible explanation for its actions, according to internal correspondence. Screenshots of the messages between high-ranking staffers were published by journalist Matt Taibbi on Friday. The release was endorsed by the social media platform’s new owner, Elon Musk.

Musk planted a popcorn emoji next to his promise of “awesome” revelations about how the microblogging site had opted to censor the “Hunter Biden story”. And the billionaire Tesla boss followed through on his promise. The first instalment of the so-called “Twitter Files” was dropped on Friday night after Musk had provided investigative journalist Matt Taibbi with the social media platform’s internal documents which he did in a series of Twitter threads.

Taibi claimed that outside parties began pressuring the company in manipulating speech after the 2016 election which Democrat Hillary Clinton lost.

“By 2020, requests from connected actors to delete tweets were routine. One executive would write to another: “More to review from the Biden team.” The reply would come back: “Handled.” Taibbi tweeted.

The exclusive story run by The New York Post on 14 October 2020 first hinted at a corruption scheme whereby Hunter Biden peddled access to his father Joe Biden (while the latter was serving as Barack Obama’s vice-president) to businessmen and women from a host of foreign entities. The details emerged after more than 200 gigabytes of data, including nearly 130,000 emails, thousands of text messages from Hunter Biden’s iPhone, photos and videos, and other files were discovered on the damaged MacBook Pro he had left at a computer repair shop in Wilmington, Delaware.

Former Twitter exec Vijaya Gadde a Democrat made the decision to censor the Hunter Biden laptop story and ban former US president Donald Trump from Twitter.

The decision to suspend the New York Post Twitter account and block all tweets linking to the report on its website, just a month before the 2020 US presidential election that saw Joe Biden take power in Washington.

The computer, abandoned at a Delaware repair shop, contained photos of the President’s son naked with prostitutes and taking hard drugs along with incriminating emails and SMS messages implicating him at the centre of a political cash-for-influence conspiracy.

John Paul Mac Isaac who recovered the data and zeroed in on the potentially “geopolitically sensitive” information about Hunter’s alleged shady dealings with foreign businessmen. The reporting on the story was swept under the carpet by mainstream media, denounced as a “Russian disinformation” scheme and censored by Facebook* and Twitter.

Twitter posted warnings that the bombshell Hunter Biden story might be “unsafe” at an early stage, not only ditching all links to it, but even blocking its transmission via direct message (a measure used for extreme cases such as child pornography).

Furthermore, White House spokeswoman at the time, Kayleigh McEnany, was locked out of her account for tweeting about the story just weeks ahead of the 2020 presidential election. This prompted Donald Trump campaign staff member Mike Hahn to pen a missive to the social media company to ask when her account would be unlocked. The response was that McEnany had violated the company’s “hacked materials” policy.

A small group of top-level executives at Twitter opted to label the original Hunter Biden story as “hacked material” without any evidence. Many staff, such as, for example, Trenton Kennedy, a communications official, reportedly “struggled” to understand the “policy basis” for marking the Hunter Biden laptop story as “unsafe”. Thus, the leaked emails reveal former VP of Global Comms Brandon Borrman questioning whether they could “truthfully claim that this is part of the policy”.

In response to those questioning the reasoning, former Twitter Deputy General Counsel Jim Baker appeared to argue that it was “reasonable” to assume materials were hacked and that “caution is warranted.”

But despite the fact that “everyone knew this was f***ed”, one former employee said, no one appeared to have the resolve to stand up to it.

Indeed, at the time, a plethora of mainstream outlets also eagerly sought to discredit the story. The reporting was declared a “Russian disinformation” scheme and censored by Facebook* as well. However, a couple of mainstream media outlets confirmed that the laptop was authentic earlier this year, and that the damning information contained on the device was genuine amid ongoing Justice Department investigations into Hunter Biden’s taxes and dubious foreign consulting work.

The move to censor the laptop reporting was made behind the back of then-chief executive and co-founder Jack Dorsey. Vijaya Gadde, Twitter’s former head of legal, policy, and trust, had assumed a “key role” in the decision. According to Taibbi, the leaked internal communications lay bare the truth about “how much was done without the knowledge of [Dorsey], and how long it took for the situation to get ‘unf***ed’ even after Dorsey jumped in.”

“We’re learning in real-time how Twitter colluded to silence the truth about Hunter Biden’s laptop just days before the 2020 presidential election. In 32 days, the new House Republican majority will get answers for the American people and the accountability they deserve.” McCarthy tweeted.

McCarthy vowed that after House Republicans officially take majority control of the lower chamber, in January, they intend to “get answers for the American people and the accountability they deserve.”

Republican Representative Marjorie Taylor Greene, who went on the platform to share a video of then-President Donald Trump slamming Joe Biden as a “criminal” over the damning Hunter Biden revelations, added that “Twittergate” proved that the 45th POTUS has been “right all along.”

Earlier, GOP lawmakers announced a formal probe into the activities of the Biden family, citing suspected criminal activity, some of which they allege may pose a threat to national security. After gaining control of the House in November’s mid-term elections, the Republicans from the chamber’s Committee on Oversight and Reform announced that a formal inquiry into the Biden family’s business activities would be conducted once the next Congress is sworn in in January 2023.