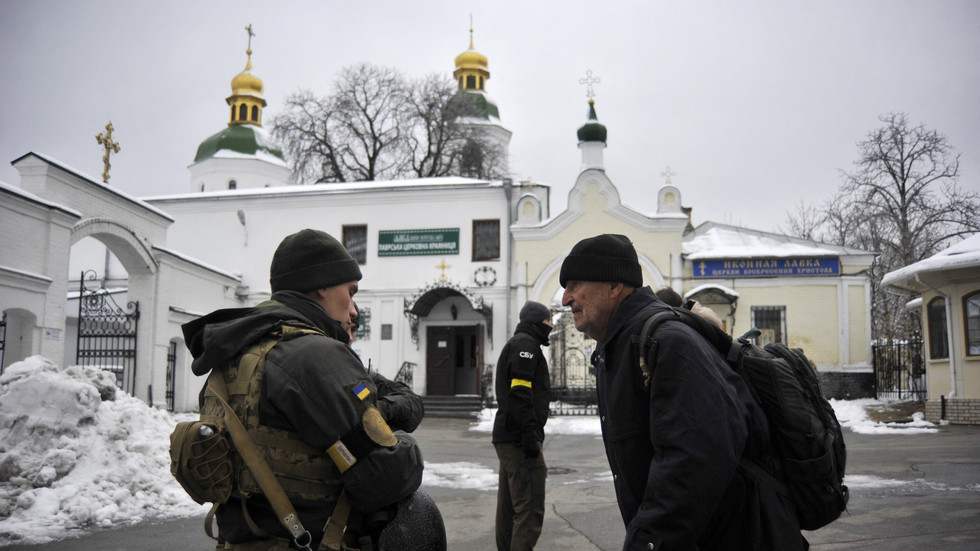 Ukrainian President Vladimir Zelensky has announced new measures seeking to ban religious institutions deemed to have links with Russia. He said the move is intended to safeguard the nation’s “spiritual independence” amid Kiev’s conflict with Moscow.

The president’s principal target is the Ukranian Orthodox Church, the country’s largest, which is linked to the Moscow Patriarchate.

Writing on Telegram, Zelensky said on Thursday that the National Security and Defense Council had held a meeting, which focused on “numerous facts of ties of certain religious circles in Ukraine with the aggressor state.” The Council has instructed Ukraine’s government to introduce a law to make it impossible for “religious organisations affiliated with centers of influence” in Russia to operate in the country, Zelensky said.

Meanwhile, Ukraine’s state watchdog responsible for overseeing the religious sphere was ordered to establish whether the Ukrainian Orthodox Church has religious links with the Moscow Patriarchate.

The Council also accused Russian special services of “subversive activities” in the religious sphere and instructed all national security bodies to “identify and counter” these alleged efforts. According to Zelensky, Kiev will also impose personal sanctions on a number of individuals, with the list expected to be published in the near future.

The Ukrainian authorities also intend to check whether religious organizations have the right to use property located on the territory of the Kiev Pechersk Lavra, Zelensky said in an apparent reference to the Ukrainian Orthodox Church, which currently administers the site.

Last week, the lavra, which is considered to be the most prominent Orthodox Christian monastery in Ukraine, was raided by the SBU. The agency said it wanted to prevent alleged “subversive activities of Russian special services.”

Ukraine has long experienced religious tensions, with a number of entities claiming to be the true Ukrainian Orthodox Church, challenging the authority of the Moscow Patriarchate.