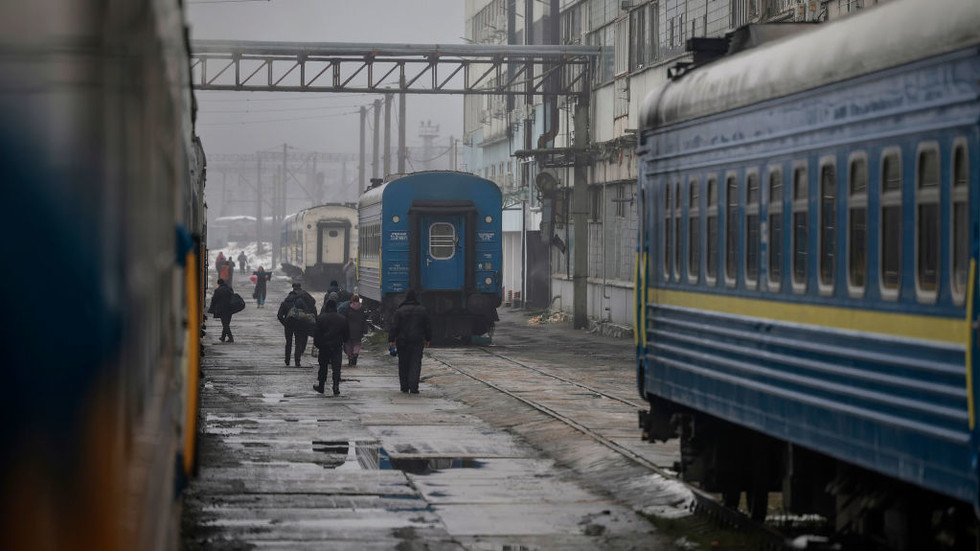 Strikes by Russian missiles in multiple regions of Ukraine targeted its ability to transport troops and their Western-supplied weapons, as well as equipment to the front lines, the Defense Ministry in Moscow said on Monday. Ukrainian officials reported power supply disruptions in the capital and several regional seats.

There were also reports of full blackouts in the Sumy region, as well as partial disruptions in Cherkasy, Kharkov, Krivoy Rog, Kirovograd, Nikolaev, and Zhitomir. Multiple targets were struck in Dnepropetrovsk.

In addition to power and water supply in the major cities, damage to the electrical grid has seriously delayed rail traffic across Ukraine.

This was the stated objective of the attack, according to the Russian Defense Ministry. In a statement on Monday, Moscow said it carried out a “massive” strike using strategic bombers, aiming to disrupt the transport of Ukrainian troops – as well as their Western-supplied weapons, equipment and ammunition – to the front lines by rail.

“All 17 assigned objectives were hit,” the Defense Ministry said.

The sortie went ahead despite an attack by Ukrainian drones on Russian airfields in Saratov and Ryazan regions, both more than 500km inside Russia, on Monday morning. According to the Russian Defense Ministry, three service members were killed and four injured when debris from the drones shot down by air defenses impacted the facilities. Two airplanes reportedly suffered minor damage.

Damaged Tu-22 at the Ryazan airfield