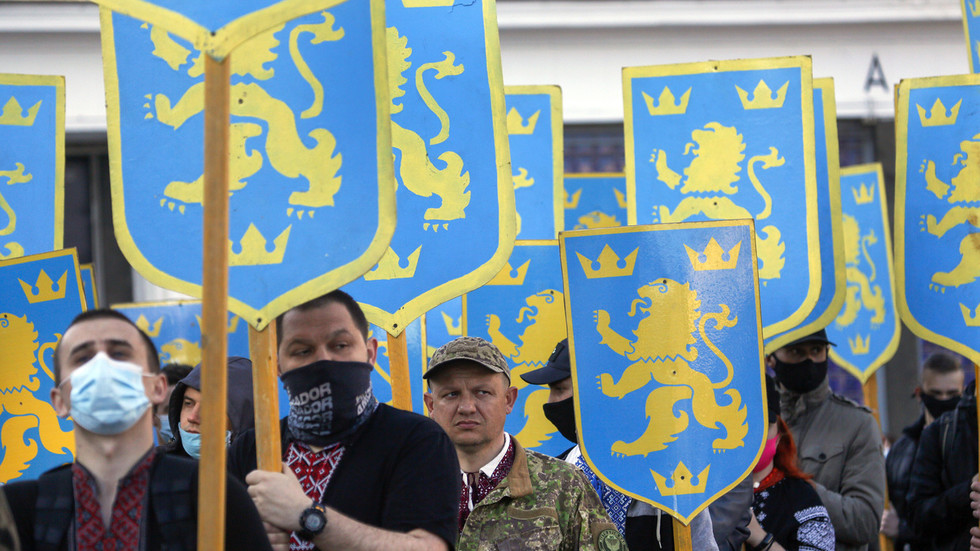 Ukraine’s supreme court has ruled that the symbols of the infamous 14th Waffen Grenadier Division of the SS, also known as the 1st Galician Division, are not Nazi and therefore not banned in the country.

The top court upheld an earlier ruling on the matter, ending a years-long legal battle over the controversial legacy of the notorious formation, comprised primarily of ethnic Ukrainians.

The ruling has been praised by the Ukrainian Institute of National Memory, which operates under Ukraine’s cabinet of ministers, and has long claimed the unit’s fighters were not actual Nazi collaborators, but merely “freedom fighters.”

In early 2020, a Kiev court ruled the Institute’s assessment of the unit as a “non-Nazi” force to be illegal, but the decision was overruled by a higher tier tribunal later that year.

“The Supreme Court has put to an end a long judicial battle initiated some five years ago,” Vyacheslav Yakubenko, a lawyer representing the Institute, said in a Facebook post.

Technically, both Communist and Nazi paraphernalia have been outlawed in Ukraine since 2015. Meanwhile, Kiev has recognized multiple Ukrainian nationalist organizations and historical figures, including well-known Nazi collaborators, as national heroes.

Despite the formal ban on Nazi imagery, it has been routinely displayed by members of Ukraine’s military and assorted nationalist groups, apparently without repercussions.

The 1st Galician Division is best-known for committing war crimes against Polish civilians during WWII. The flags and patches of the division have been repeatedly displayed by Ukrainian nationalists and servicemen alike, even making it into official pictures released by Kiev.

Ukraine denies the presence of neo-Nazi elements in the country’s armed forces, dismissing such assertions – as well as the goal to “denazify” Ukraine proclaimed by Moscow – as Russian “propaganda.”

Apart from those of the Galicia division, Ukrainian servicemen have also been spotted wearing patches of the notorious 36th Waffen Grenadier Division of the SS, one of the worst Nazi penal units, the 3rd SS Panzer Division ‘Totenkopf’, and assorted swastikas and other far-right hate symbols.