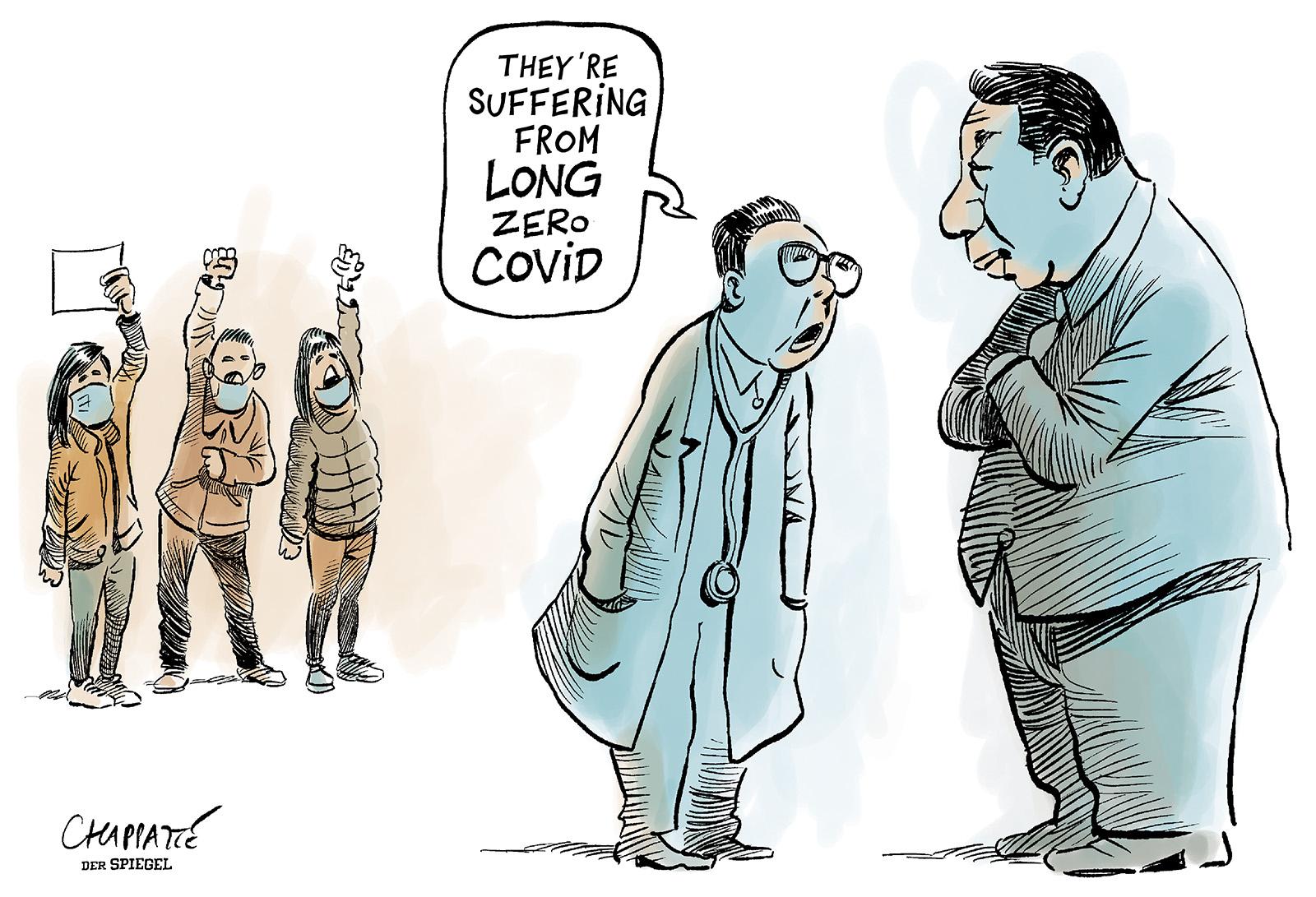 China’s government has unveiled new Covid policies and eased some of the more controversial restrictions. The decision came shortly after a series of mass protests across the country last week as demonstrators demanded an end to sweeping lockdowns and quarantines.

On Wednesday, China’s National Health Commission issued new guidelines, according to which, “asymptomatic infected persons and mild cases” will from now isolate at home for a week as opposed to special quarantine centers. On top of that, the authorities pledged to “further reduce the scope of nucleic acid testing and reduce testing frequency.”

The requirement to have a negative PCR test result to enter public transport or venues has also been lifted, except for those wishing to visit hospitals, schools, and nursing homes.

Schools with no Covid-19 cases will be able to resume classes as normal, with supermarkets, cafes, gyms, and libraries also expected to open up.

According to the South China Morning Post, authorities in a number of major cities, such as Beijing and Guangzhou, had, in fact, implemented some of the new measures at a local level before Wednesday’s announcement.

The move follows mass protests over Covid-19 restrictions, which originally flared in the Western Xinjiang region in late November. Locals took to the streets of Urumqi after ten people were killed in an apartment block fire. Demonstrators claimed lockdown restrictions, including roadblocks near residential buildings had seriously hampered the work of the firefighters. Officials denied there was any link.

Demonstrations soon spread to other cities, with people demanding an end to the zero-Covid policies. Protesters clashed with police in Guangzhou and Shanghai and multiple arrests were made – something unseen in mainland China in the past decade.

The easing of restrictions is the strongest sign yet that Beijing is preparing its 1.4 billion people to live with the disease.

Even though its borders remain mostly shut, citizens cheered the prospect of a shift that could see China slowly emerging back into a world three years after the virus erupted in the central city of Wuhan.

The announcement quickly soared to the top most viewed topic on China’s Weibo platform, with many people cheering the prospect of travelling, though some expressed worries about the greater potential for infections.