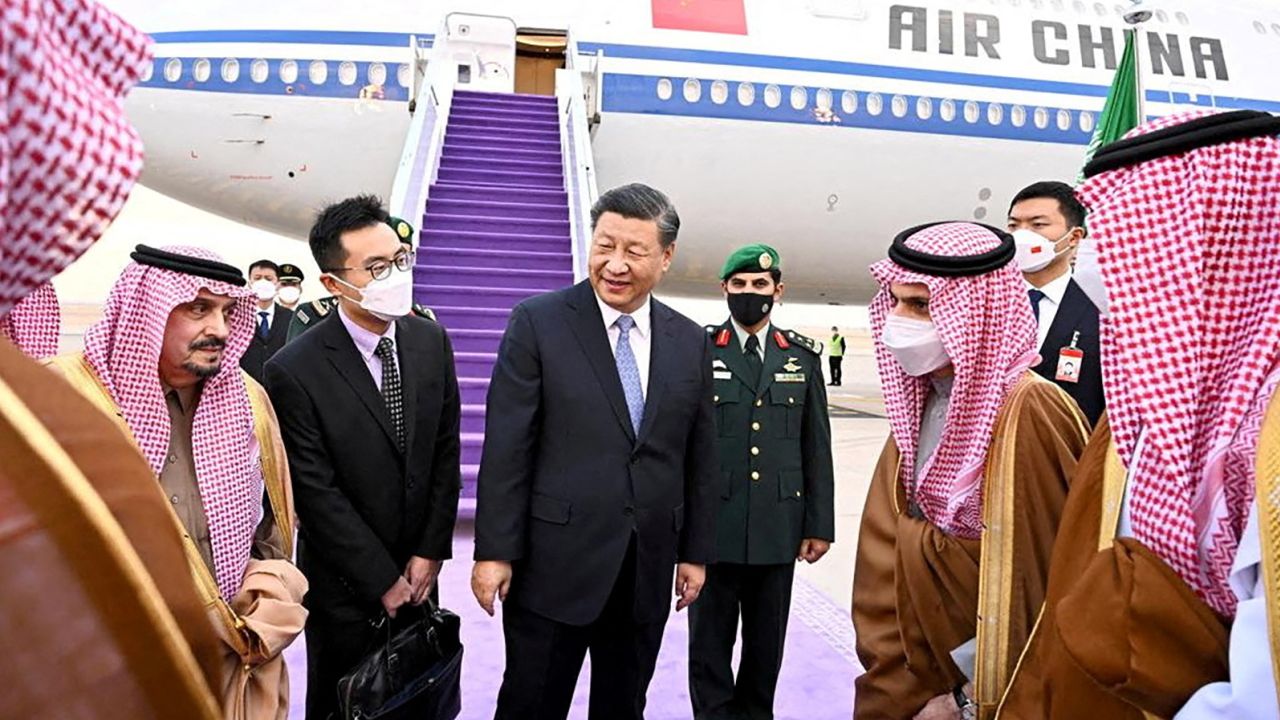 The visit is a historic undertaking as both the China-Arab States Summit and the China-GCC Summit are convened for the first time, reflecting a new milestone in relations between China and Arab states.

Xi’s visit will be the largest and highest-level diplomatic event between China and the Arab world since the founding of the People’s Republic of China in 1949. It will be an epoch-making milestone in the history of China-Arab relations, Chinese Foreign Ministry spokesperson Mao Ning said at Wednesday’s routine press briefing.

A purple carpet was rolled out for the Chinese president, and cannons were fired including a flypast of the Royal Saudi Air Force streaming the Chinese state colours of yellow and red.

The visit will include a “Saudi-Chinese summit,” a China-Arab and a China-Gulf Cooperation Council (GCC) summit, the official Saudi Press Agency (SPA) previously reported.

Observers believe Saudi Arabia is preparing a red carpet welcome for Xi, which would constitute a sharp contrast with the muted reception US President Joe Biden received when he visited the kingdom in July.

CNN reports that at least 14 Arab leaders will attend the China-Arab States Summit and according to Saudi Press Agency, more than 20 initial agreements worth $29.26 billion will be signed during Xi’s visit to Saudi Arabia.

Experts believe that China’s role and its experience in self-development including industrialization and modernization are particularly needed in the reconstruction of crisis-torn countries such as Syria, Libya, Iraq, Yemen and Lebanon.

The Arab states, which have suffered from imperialism that hindered their development process in spite of the availability of resources, want to show that they have independent political paths devoid of ages-old external influence, and want to genuinely expand their economic cooperation with major countries, such as China, Ahmed, a Jordanian expert, said.

“This is a historic opportunity for the Arabs, and they need to seize it,” he stressed.

Rumours of a Chinese presidential visit to the US’ largest Middle East ally have been circulating for months as the nations have solidified their ties, to Washington’s shock.

Indeed, the White House said Wednesday it’s not surprised Xi is making a high-profile visit to Saudi Arabia since Beijing is working to grow its influence in the Middle East.

“We’re mindful of the influence that China is trying to grow around the world,” said John Kirby, the strategic communications coordinator at the National Security Council.