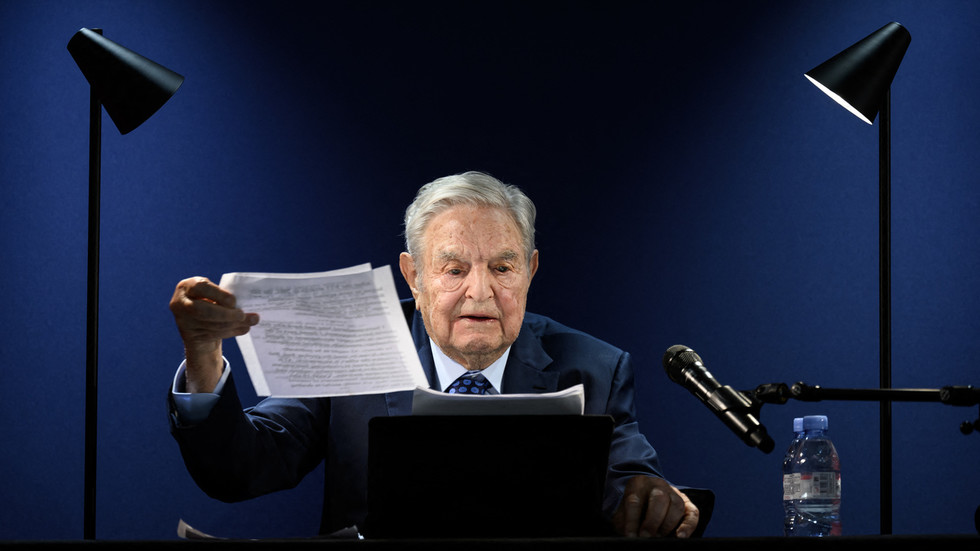 Billionaire George Soros has financial ties to at least 253 media organizations worldwide, helping him to mold public opinion and insulate himself from criticism, a new study by a conservative US watchdog group has found.

The 92-year-old, America’s biggest donor to Democratic political candidates and leftist causes, has built connections with press outlets and activist media organizations by bankrolling them through his not-for-profit groups, the Media Research Center (MRC) reported on Tuesday. The recipients of Soros’ money reach readers, viewers and listeners in virtually every corner of the world and in many languages.

Soros once told the New York Times that he was working to bend the arc of history in the right direction,” the MRC said. “He means it.”

Tuesday’s report was the first in a three-part series that will reveal the extent of the media influence that Soros wields. The second and third instalments will lay out how much money the Hungarian-born activist has funnelled into media organisations and will identify the establishment outlets that have ties to the “propaganda czar,” the watchdog group said.

Among the groups is NPR, which also receives US taxpayer funding. The outlet received $600,000 from Soros foundations in 2016, the MRC said. Another is Project Syndicate, whose opinion-commentaries were republished more than 20,000 times in 156 countries and 66 languages in 2021 alone.

Soros groups also gave at least $492,000 to finance the Poynter Institute’s International Fact-Checking Network. “The network works with 100 so-called fact-checking organizations worldwide, distinguishing itself as a de facto Ministry of Truth,” the MRC said. The fact-checkers work with Facebook and other social media platforms to restrict speech on such issues as Covid-19 and transgenderism.

“Many of the outlets Soros helps bankroll are relied on by Big Tech and other journalists as sources of information, while others simply echo left-wing talking points,” the research centre noted.

Soros’ flagship not-for-profit Open Society Foundation gave at least $1.25 million to the Marshall Project, an anti-police group that lists such outlets as the New York Times, NBC News, Time magazine and the Associated Press as “publishing partners” in its annual report.