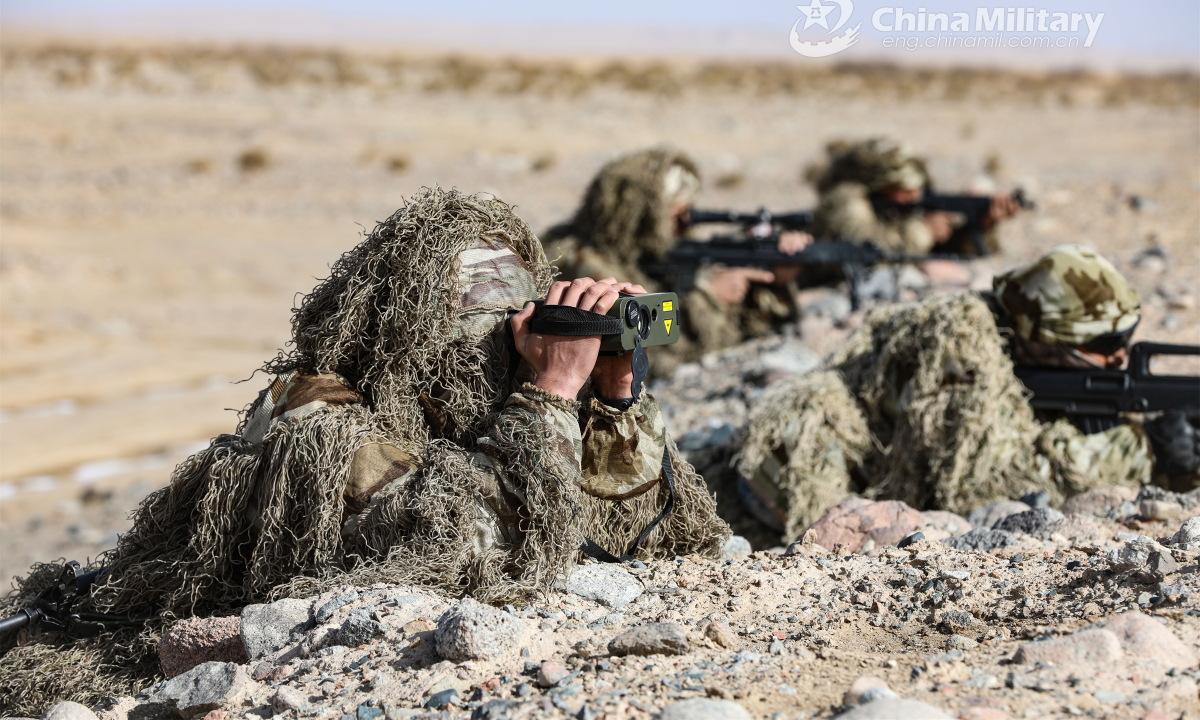 An army brigade of the Chinese People’s Liberation Army (PLA) recently held a series of urban warfare exercises in which troops integrated drones and robots for reconnaissance, combat support and logistics support tasks, with experts saying on Monday that the use of unmanned equipment could significantly enhance combat effectiveness and lower casualties.

During the drills, the troops were guided by reconnaissance data from drones as they took advantageous positions, after which aerial drones and robot vehicles led the charge entering target buildings with foot soldiers following, CCTV said.

Small rotor wing drones and tracked robot vehicles not only conducted reconnaissance, but also transported munitions and other support materials, with large, unmanned engineering vehicles also deployed to break through obstacles in the way, the report shows.

The brigade also uses a 3D simulation training system for urban warfare, which looks like a video game, to train the troops, according to the report.

“Nearly 100 simulations were carried out with this system, practicing detailed coordination between each individual soldier and large weapon,” said Lieutenant Colonel Xu Peixian of the 71st Army Group.

Urban warfare is one of the most challenging forms of combat in modern warfare that could cause heavy casualties. Integrating unmanned equipment and conducting simulated exercises are good ways to enhance troop combat capabilities and lower casualties, a Chinese expert told CCTV.

Under the PLA Eastern Theater Command, the 71st Army Group will have to operate in a contested urban terrain in a possible scenario of reunification-by-force of the island of Taiwan following an amphibious landing, and that is why preparations must be made, the expert said.

The Linfen Brigade got its name from the Linfen Campaign during the War of Liberation (1946-49), in which the brigade seized the city of Linfen in North China from Kuomintang forces, leading Mao Zedong to say the campaign “set a successful example for urban offensive combat,” the PLA Daily reported.