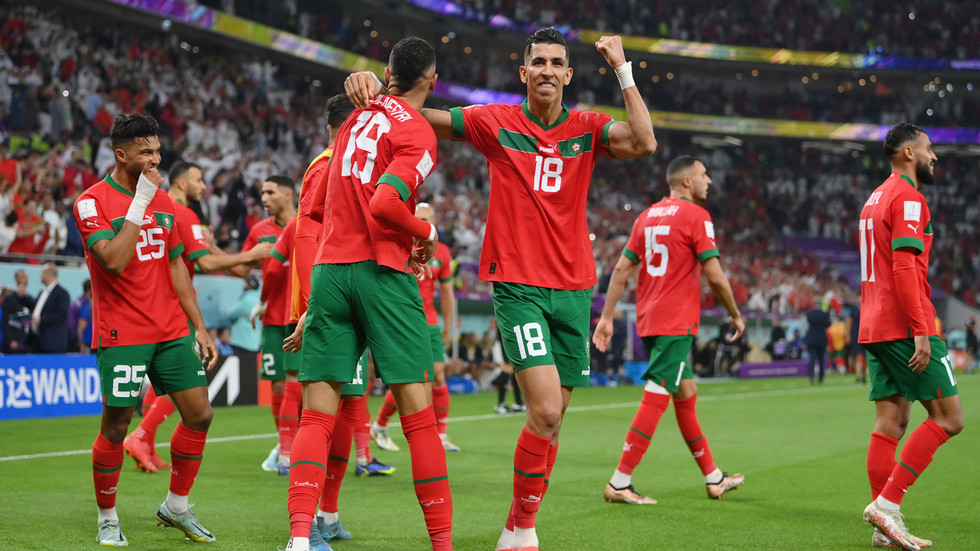 Ninety-three years ago, the first World Cup was played in Uruguay at the Estadio Centenario in the capital Montevideo. The stadium of the century loosely translated from Spanish. Built between 1929 and 1930 to host the inaugural 1930 FIFA World Cup, as well as to commemorate the centenary of Uruguay’s first constitution. At kick off in 1930, most of Africa was under colonial rule by the European powers and they introduced what is called the “beautiful game” to the continent.

World football shrine. Estadio Centenario listed by FIFA as one of the football world’s classic stadiums and made the first Historical Monument of Football by the football governing body in 1983

A single goal towards the end of the first half from Youssef En-Nesyri proved enough to break Portugal, despite the second-half introduction of Cristiano Ronaldo one of the greatest footballers of the age. Africans are the driving force behind all the successful European leagues  like never before, with many among the world’s top elite. Which brings us to the question when will an African national team lift the fabled cup made of solid gold? Gold that was probably taken from the continent.

African players are being more competitive and playing for the best clubs in the world and even gunning for the coveted Ballon d’Or which further upscales football on the continent. Many factors have come onto the pitch hindering African football federations from realising their full potential. Many football analysts believe that Africa relies too much on its players playing the foreign leagues while neglecting other features of the game which have been the cultural norm in Europe or South America.

How does a player handle pressure on the pitch? Because if a player can handle pressure off the pitch he can surely handle pressure with the ball which correlates to victory on the pitch do not forget life is sports. Stick with the game plan and not just because of a little pressure kick the ball out of play. It has been found that African federations do not plan for the long term say set a goal of winning by qualifying for three successive world cups. First time get to the quarterfinals, next one get to the semis and get to the the finals on the third try and aim for a win. There is no guarantee in life but you still have to plan for success. Look at Brazil, Germany, Argentina or France they always have a plan.

The big sporting goods corporations like Nike, Adidas and Puma kit the African national teams supplying them jerseys, boots and balls but that does not seem to be enough as there are huge disparities in funding. In 2021, the total budget of the French Football Federation (FFF) was just over €249 million ($257.1 million), with the share for top-level sport accounting for around €65 million. By way of comparison, the budget of the Cameroonian football association FECAFOOT in 2020 was the equivalent of just €12.7 million($13.8 million).

What about the FIFA World Cup draws? There are fewer African teams in the draw than European and South American teams so statistically speaking it will be sheer luck to make it to the final. It was not until France ’98 that Africa was given five slots for the first time and even at that only three make it there is the lack of experience for the most consistent teams. Cameroon has the longest streak of participation with eight appearances but not as much as the European and South American teams.

Now Morocco is carrying the expectations of a continent on its shoulders as it looks forward to battle France in the Qatar ’22 World Cup semi final. The Atlas Lions also face a slightly different kind of expectations, not only of the nation but the Arab and Muslim world in general. The first time an Arab and Muslim nation will host a world cup. There is no greater pressure than that.

Next post IPOB Vows No Elections in South Eastern Nigeria

The British Challenger 2, The German Leopard 2 and the US M-1 Abrams or even the French LeClercs will not...