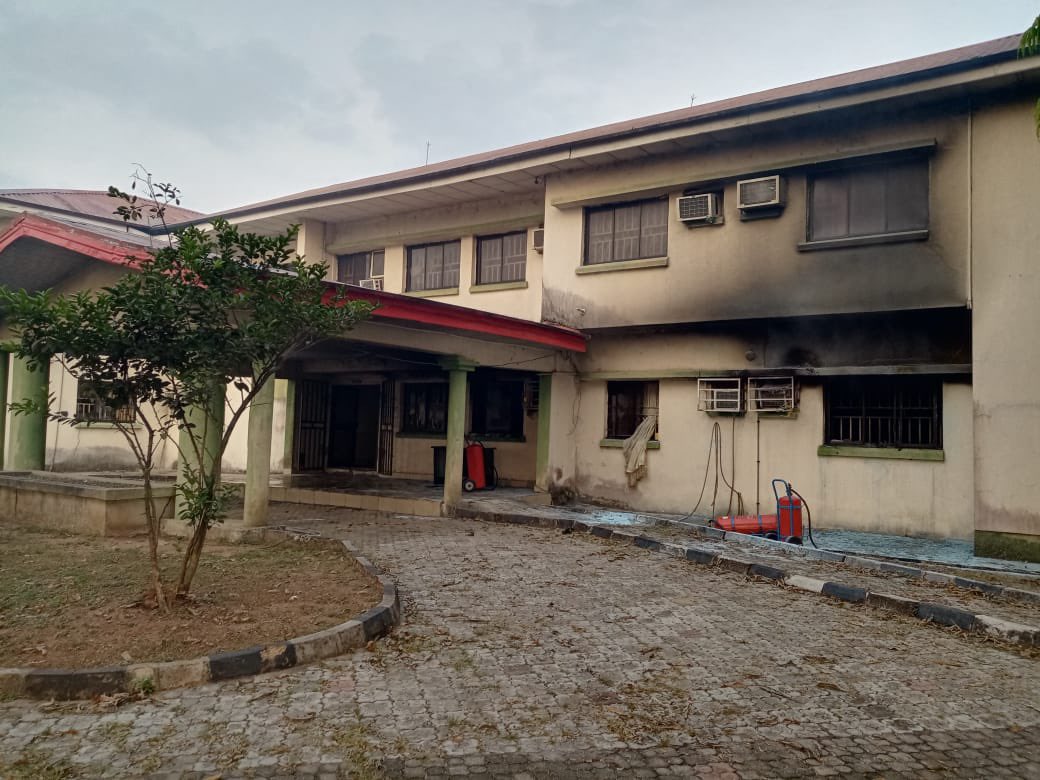 The spokesperson of the proscribed Indigenous People of Biafra (IPOB) Simon Ekpa has warned in a series of Twitter posts that there will be no elections in south eastern Nigeria. He tweeted, Sunday from his base in Finland as unidentified gunmen suspected of being agents of the Eastern Security Network (ESN) the armed wing of IPOB attacked the Independent National Electoral Commission (INEC) headquarters along Owerri Port Harcourt road in Imo State.

Simon Ekpa the IPOB spokesman based in Finland

The attack was said to have happened between 2 am to 3 am Monday.

She said only the building of the Election and Political Party Monitoring Liason, was attacked and part of the main building.

“It happened. You can come and see things for yourself. Not all the offices were attacked but one side was completely burnt down. The Election and Political Party Monitoring Liason, building was attacked and part of the main building.”

Suspected ESN operatives killed after the attack on the INEC facility

Eyewitnesses said the attackers who were in a convoy of more than five vehicles “moved from the Okigwe road shooting sporadically and scaring the residents.” The security guards at the INEC facility fled the scene.

Vehicles and offices were then set ablaze by the suspected ESN agents using improvised explosive devices. Police response teams shot and killed three of the armed suspects while the rest vanished after the fire fight.

“These @PeterObi ignorant suppers especially those supporting his nonsense just because they hate Biafra. They all dancing WOTO WOTO dance on social media. We have defeated them. There will never be any Nigeria election in Biafra territory come 2023, it is a task that must be done.” Ekpa declared.

The attack on the INEC headquarters comes as the spokesman wished the armed wing of IPOB the Eastern Security Network a happy second anniversary. The ESN was supposedly set up to curb the excesses of Fulani jihadists from the Sahel harassing Igbos in the south east region.

Nigeria is preparing for national elections in February 2023 and one of the front runners is Peter Obi of the Labour Party (LP) who incidentally is from the restive region.

Political analysts suggest that if IPOB successfully carries out its threat the elections will be inconclusive and illegitimate.