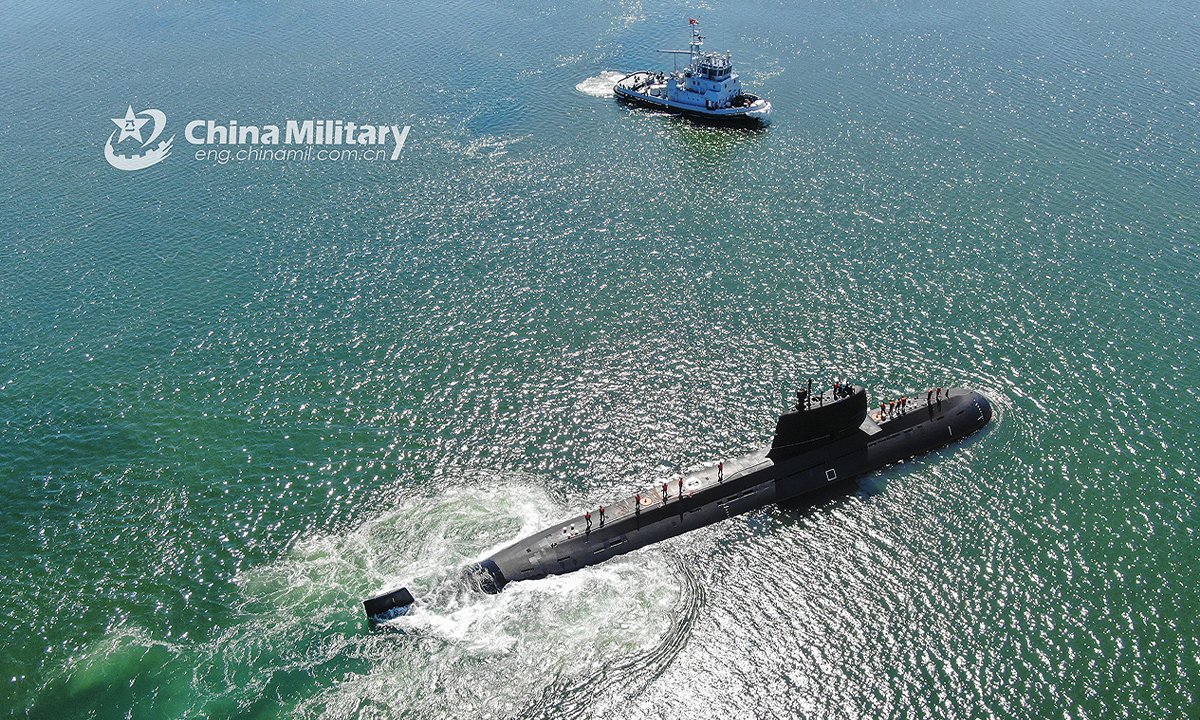 Chinese PLA Navy submarines are stalking western warships in the South China Sea and using them as drill targets, thus sharpening the skills of the Chinese submariners

A submarine detachment affiliated with the PLA Southern Theater Command Navy was holding an exercise in the South China Sea when an adversary warship was spotted in the vicinity, the Chinese submarine quickly switched from training mode to combat mode, China Central Television (CCTV) reported on Saturday.

After the sonar team identified the target, the combat team launched a simulated attack and defense drill with it, the report said.

Similar situations have become routine since Captain Wang Hailiang became captain of the boat some three years ago. Wang told CCTV that “When we spot adversaries at sea entering some sea regions, we would proactively move ahead and meet with them, using them as practice partners.”

“The more we interact with them, the calmer and more confident our sailors are,” Wang said.

In another case, a PLA Navy submarine led by instructor Senior Captain Zhao Aijun was followed by a foreign anti-submarine aircraft after it came to the surface to recharge its batteries, CCTV reported.

Zhao used noises caused by merchant and fishing vessels around as cover to avoid detection, according to the report.

Foreign warships and warplanes, particularly those from the US, often conduct close-in reconnaissance operations and take provocative actions in the South China Sea, the Taiwan Straits and the East China Sea, and they are good chances for the PLA to gather real intelligence on them and boost combat capabilities,

The PLA warned away the USS Chancellorsville guided-missile cruiser when it trespassed into waters around the Nansha Islands in the South China Sea on November 29 without Chinese authorisation.