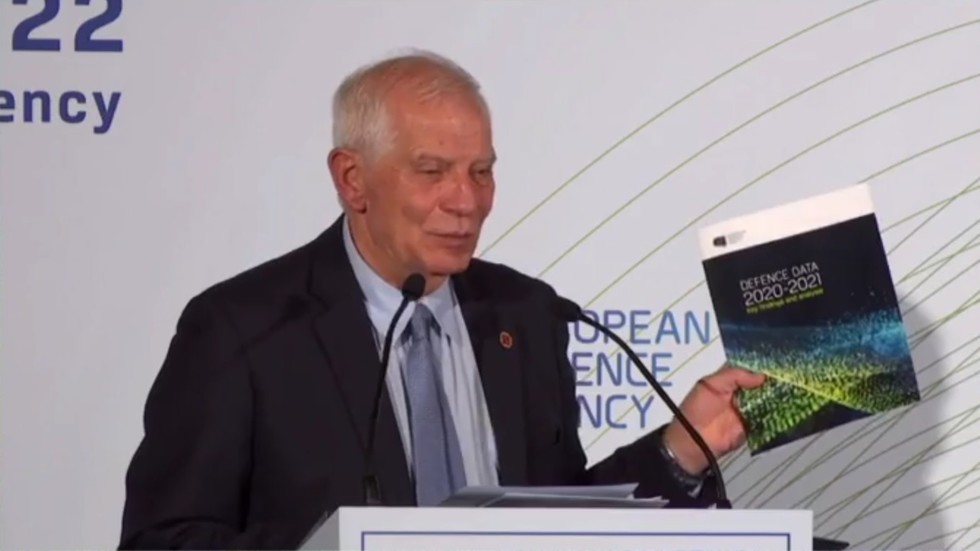 EU members must pour more resources into boosting their military capabilities to ensure the flow of weapons will continue “until Ukraine prevails” over Russia, the bloc’s foreign policy chief, Josep Borrell, has said. He acknowledged that insufficient preparation has led to member states’ stockpiles becoming depleted.

“We have given weapons to Ukraine, but in so doing, we realized that our military stockpiles have been depleted,” he wrote in a blog post on Sunday. “And we should be able to do this as long as necessary, until Ukraine prevails.”

The situation “has been a wake-up call for all of us about our military capabilities,” he said, reiterating his assessment from the previous week that the EU is “lacking critical defense capabilities.”

While acknowledging that “you do not fight wars with bank notes,” and that “there is a long way between allocating money and developing physical and human operational capabilities,” Borrell praised the fact that the EU’s spending on defense surpassed the €200 billion-level in 2021 for the first time.

Borrell also noted that unchecked military spending in the name of helping Ukraine defeat Russia has brought the EU and its member states closer to NATO’s 2% of GDP on military spending benchmark than they have been in years, while the European Defense Agency – which he also spearheads – saw a record €52 billion ($54.7bn) in defense investments.

As of last month, the EU and its member states together committed over $11 billion in purely military aid to Ukraine in 2022, according to statistics collected by the Kiel Institute for the World Economy. The UK and Canada provided another $5.5 billion, while the top donor, the US, sent at least $22.8 billion worth of weapons.

Ukraine’s Western backers, including French President Emmanuel Macron and German Chancellor Olaf Scholz, promised to keep the supply of arms to Kiev flowing “for as long as it takes,” a phrase that both leaders, as well as US President Joe Biden, have frequently used when referring to their multibillion-dollar arms shipments.

Moscow has long warned the West against sending arms to Kiev, saying it will only prolong the fighting and increase the risk of direct confrontation between Russia and NATO, while making the West a de-facto participant. In September, Russian President Vladimir Putin noted that “virtually all stocks from NATO arsenals were thrown in to support the Kiev regime.”