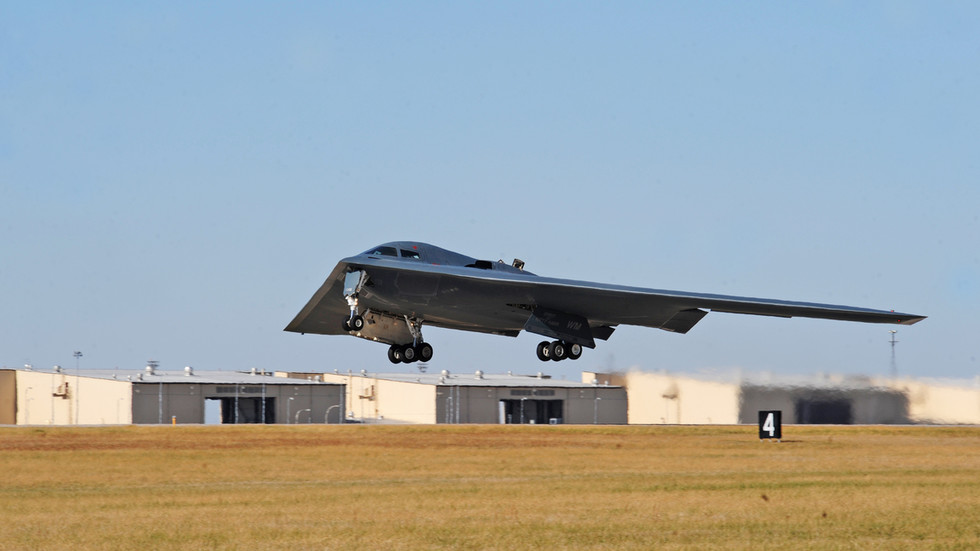 A US Air Force stealth nuclear bomber caught fire on Saturday after being forced to make an emergency landing in Missouri due to a technical malfunction.

The B-2 Spirit touched down at Whiteman Air Force Base and suffered damage on the runway after experiencing an “in-flight malfunction during routine operations,” according to a US Air Force statement. “There was a fire associated with the aircraft after landing, and the base fire department extinguished the fire.”

There were no reports of injuries from the incident, which is still under investigation. A still image purported to be from the scene – as broadcast by KMBC-TV, the ABC News affiliate in Kansas City, Missouri – appeared to show smoke rising from the crash site. Another shot appeared to show the bomber sitting on the ground, without its landing gear engaged, and with smoke rising from behind the aircraft.

The 509th Bomb Wing at Whiteman touts the B-2 Spirit as “the world’s most strategic aircraft.” With unit cost of about $1.16 billion when it entered service in 1997 ($2.15 billion in 2022), it was reportedly the world’s most expensive bomber.

Another B-2 stealth aircraft was damaged at Whiteman last year, when a mechanical failure caused the left landing gear to collapse upon landing. The US Air Force blamed the malfunction on “worn springs.”

The lead defense contractor on the B-2 Spirit, Northrop Grumman, earlier this month unveiled the new aircraft that will replace it, the B-21 Raider.