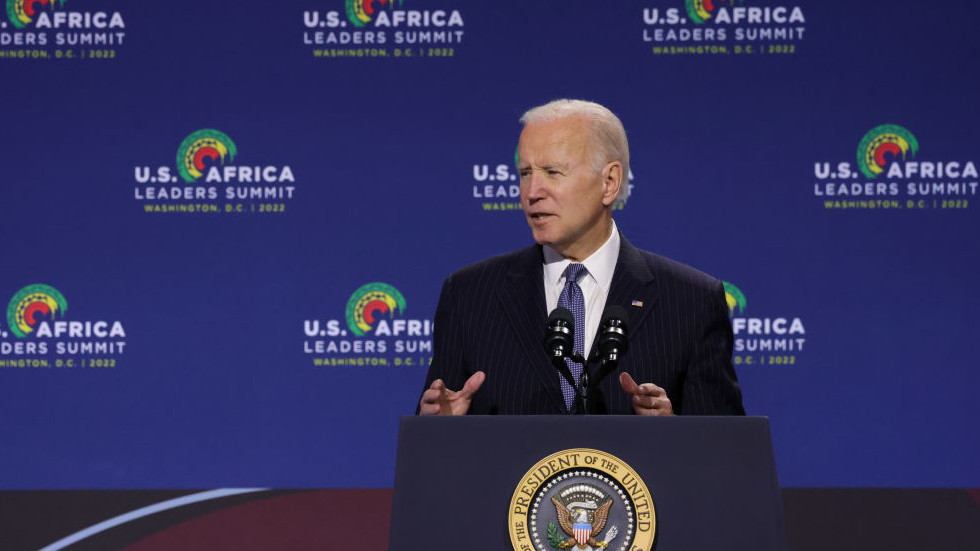 Biden Administration pledges $55 billion for 50 African nations over 3 years while Ukraine gets over $20 billion in aid over a year.

US President Joe Biden is hosting a Washington summit with nearly 50 African nations, pledging increased investment and aid at a time when he’s reportedly struggling to keep the continent’s leaders on board with his campaign to punish and isolate Russia over the Ukraine conflict.

African nations are largely “ambivalent” about – and increasingly frustrated over – Biden’s efforts to rally support for Kiev and global condemnation of Russia, the Washington Post reported earlier this week. On Wednesday, Biden’s administration convened Washington’s first US-Africa Leaders Summit in eight years, promising $15 billion in new investments on the continent plus $25 billion for health and other programmes.

“Improving Africa’s infrastructure is essential to our vision of building a stronger global economy that can better withstand the kinds of shocks that we’ve seen the past few years,” Biden said.

“The event comes as the White House is working, with mixed success so far, to coax support from African nations that have been hit especially hard by the consequences of the war in Ukraine, especially a wheat shortage and a disruption in the food supply but also rising fertilizer and fuel prices,” the Post said.

Another media outlet, The Hill, noted that African leaders are skeptical that the US is a reliable partner. “They don’t see us as trusted,” Cameron Hudson, an Africa expert at the Center for Strategic and International Studies, told The Hill. “They see us as kind of unreliable, and this summit is the start of the effort to try to rewrite that narrative.”

Biden began those efforts on Wednesday, trying to convince visiting leaders that Washington sees Africa’s prosperity as a top priority. He also spoke of the continent’s role in addressing “war and instability,” among other global crises. “We can’t solve any of these problems without African leadership at the table,” Biden said.

The U.S. president is facing some criticism for not interacting individually with the visiting African leaders. Administration officials say soon, Biden, Vice President Kamala Harris and some Cabinet secretaries will individually be visiting Africa for detailed discussions.

South Africa is among the countries that have snubbed anti-Russia sanctions. South African President Cyril Ramaphosa, who previously suggested that NATO instigated the Ukraine crisis, urged Biden in September not to “punish” African nations by pressuring them to cut ties with Moscow.