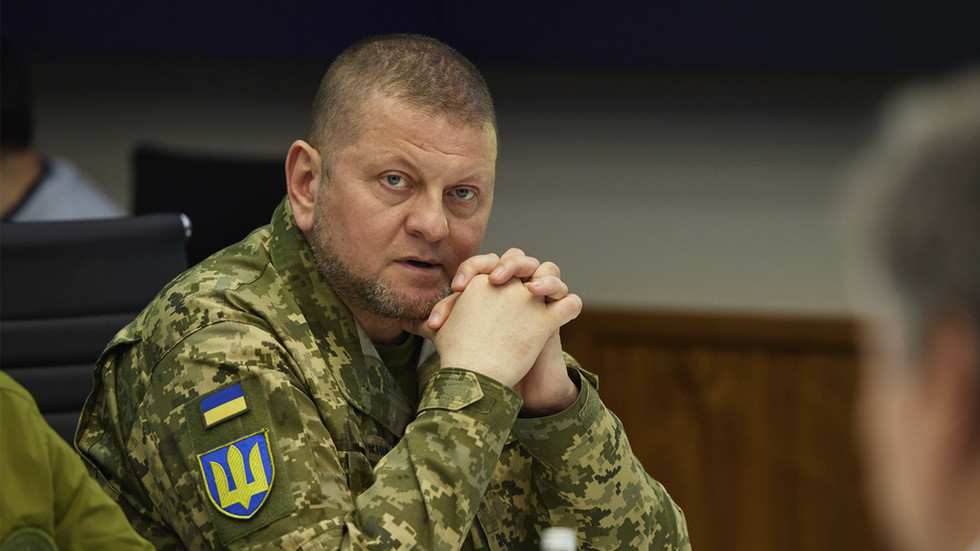 The Commander-in Chief Armed Forces of Ukraine General Valery Zaluzhny in an interview with the British Economist, Thursday said Russia has adjusted its tactics in Ukraine and adapted to the Western-supplied weaponry Kiev uses, including US-made HIMARS multiple rocket launchers,

“Russian mobilization has worked. It is not true that their problems are so dire that these people will not fight. They will. A tsar tells them to go to war, and they go to war,” Zaluzhny stated, claiming that while Russian soldiers “may not be that well equipped,” they still “present a problem for us.” He added that he had “no doubt” Moscow would attempt a new push toward the capital city, Kiev.

The general also claimed that Moscow has tweaked its tactics in the ongoing conflict, adapting to the weaponry used against it. “They’ve gone to a distance the HIMARS can’t reach. And we haven’t got anything longer-range,” Zaluzhny explained, echoing the repeated demands from Kiev to its Western backers to supply it with longer-range munitions. The military chief didn’t elaborate on where exactly the Russian troops had purportedly “gone” to be out of reach of HIMARS systems.

The commander also bemoaned the ramped-up missile attacks launched by Moscow against critical Ukrainian infrastructure. At the same time, however, he claimed Ukrainian air defences have been demonstrating very high interception ratios.

“Now we have a ratio of 0.76 [of downing missiles]. Russians are using this 0.76 coefficient of efficacy when they plan their attacks. This means that instead of 76 missiles, they launch 100. And 24 get through and reach their target. And what do two missiles do to a power station? It won’t work for two years. So it has to be built up,” Zaluzhny explained.

The infrastructure bombing campaign came in the aftermath of the Crimean Bridge attack, widely cheered by top Ukrainian officials and blamed by Moscow on Kiev’s intelligence services. The attacks have now left the country’s energy system “on the edge,” and its collapse will take a heavy toll on the troops as well, Zaluzhny asserted.

“In my personal opinion, I am not an energy expert but it seems to me we are on the edge. We are balancing on a fine line. And if [the power grid] is destroyed…that is when soldiers’ wives and children start freezing. And such a scenario is possible. What kind of mood the fighters will be in, can you imagine? Without water, light and heat, can we talk about preparing reserves to keep fighting?” he wondered.

Still, Ukrainians are ready to continue fighting, Zaluzhny insisted, adding that he was firm in his “religious” belief that “Russians and any other enemies must be killed, just killed, and most importantly, we should not be afraid to do it.”