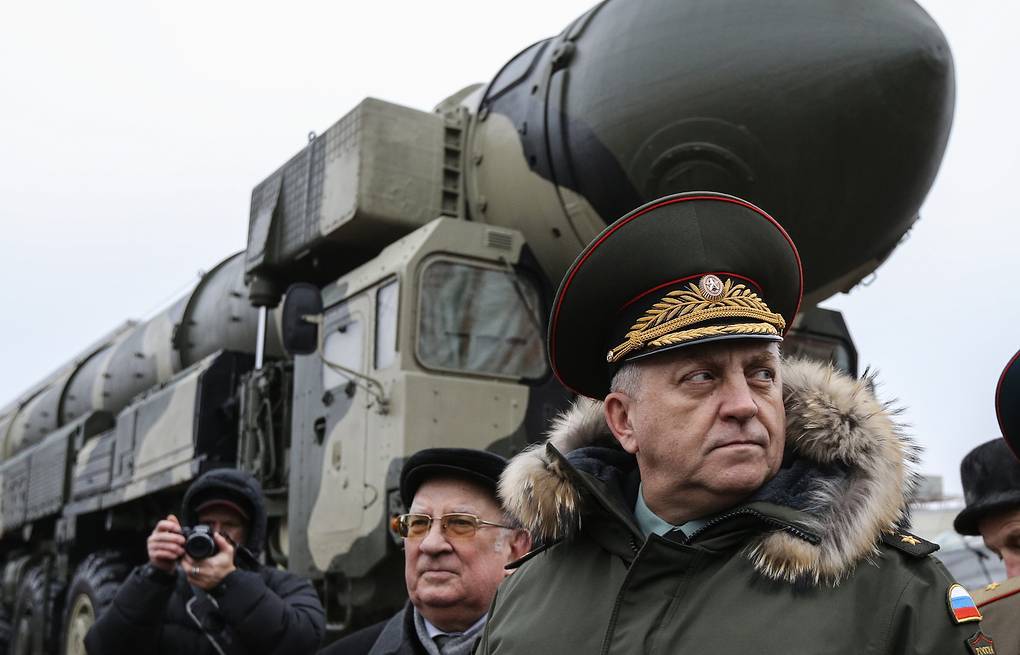 “Pursuant to the existing 1988 Agreement between the USSR and the USA on Notifications of ICBM and SLBM Launches and under the effective New START Treaty, we notify the United States of a launch through the National Nuclear Risk Reduction Center,” the commander said in an interview with the Krasnaya Zvezda newspaper.

The notification indicates the planned date and place of a missile launch and the area of the fall of warheads. The US also provides similar data on its ICBM and SLBM launches, Karakayev said.

“Next year, another missile regiment of the Strategic Missile Force’s Bologoye formation will go on combat alert to conclude as a whole the mobile task force’s rearmament with the Yars road-mobile missile system,” the commander said ahead of Russia’s Strategic Missile Force Day annually celebrated in the country on December 17.

The rearmament of the Strategic Missile Force’s mobile taskforce with Yars ICBMs began from the Teikovo missile formation located in the Ivanovo Region in central Russia. In 2009, the first missile regiment armed with Yars road-mobile ICBM systems already went on combat alert, the commander said.

“By now, all the Strategic Missile Force’s formations, from the Irkutsk to the Ivanovo divisions, have been rearmed with this system and work has begun within the scheduled timeframe to start rearming the Force’s westernmost division located in the Tver Region,” Karakayev stressed.

“Another missile regiment will be introduced into service in the Yasny military formation for the anniversary of our Strategic Missile Forces – now with the Avangard milssile system,” Karakayev said on Russian TV Thursday.

The Avangard warhead can travel at hypersonic speed of Mach 27 (about 32,000 km/h) while maneuvering and overwhelming any missile defense. The system was first announced by Russian President Vladimir Putin in March 2018.