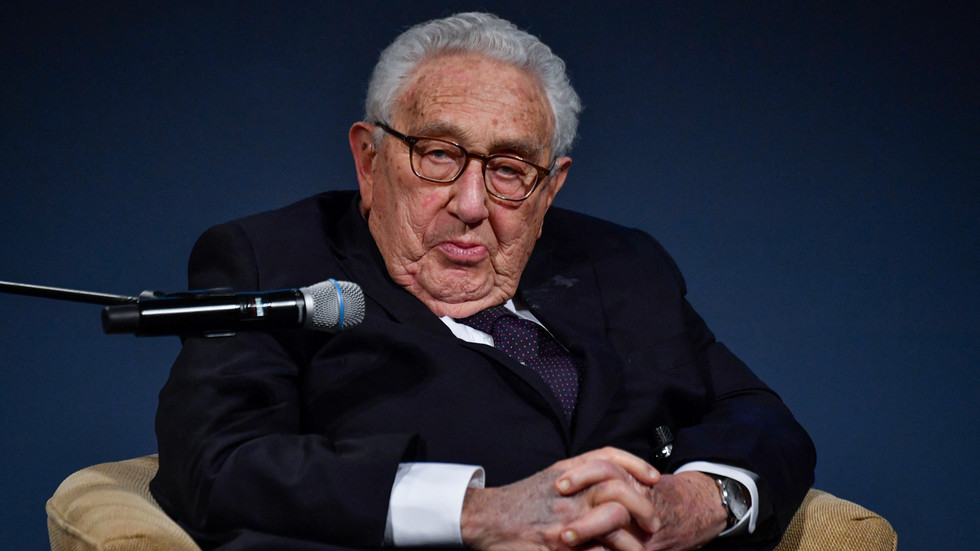 It is not yet time for Ukraine to negotiate with Russia, US National Security Advisor Jake Sullivan argued in an interview on Friday. His comment came after Henry Kissinger – who held the same post in the early 1970s – said talks should happen sooner rather than later.

“We don’t know where this is going to end up,” Sullivan said of the conflict, speaking at the Carnegie Endowment think tank in Washington. “What we do know is that it’s our job to continue to sustain our military support to Ukraine, so they are in the best possible position on the battlefield, so that if and when the diplomacy is ripe, they will be in the best possible position at the negotiating table.”

Meanwhile, Americans training Ukrainian troops on the ground have spoken of mounting casualties and Ukraine’s chief of general staff, Valery Zaluzhny, is asking for more tanks, armored vehicles and artillery than most NATO members have in their arsenal, much less to spare.

In an essay published in the Spectator, Friday, former US secretary of state Henry Kissinger noted that, in 1916, the US government had the chance to end the First World War through diplomacy, but missed it for reasons of domestic politics.

Kissinger wrote that in August 1916, at the height of the First World War, when the warring powers sought US mediation to end the unprecedented bloodshed. Though “a peace based on the modified status quo ante was within reach,” President Woodrow Wilson delayed the talks until after he could get re-elected in November. By then it was too late, and the war would go on for two more years, “irretrievably damaging Europe’s established equilibrium.”

The 99 year old Kissinger laid out his reasoning in the December 17 issue, describing the current conflict as a “war in which two nuclear powers contest a conventionally armed country,” a clear reference to Ukraine being a proxy war between the US and Russia.

The “peace process” Kissinger proposes would “link Ukraine to NATO, however expressed,” as he believes neutrality for Kiev is no longer an option. He also wants Russia to withdraw to the lines before February 24, while the other territories Ukraine claims – Donetsk, Lugansk and Crimea – “could be the subject of a negotiation after a ceasefire.”

In addition to “confirming the freedom of Ukraine,” the arrangement would strive to “define a new international structure, especially for Central and Eastern Europe,” in which Russia should “eventually” find a place, he explained.

It is unclear whether Moscow would accept any Western-mediated ceasefire at all, after former German Chancellor Angela Merkel’s admission that the 2014 Minsk armistice was intended to “give Ukraine time” to prepare for war.

The mayor of Kiev Vitaly Klitschko reported explosions in at least three of the city’s neighborhoods and has urged residents to remain in bomb shelters. Aleksey Kuleba, who heads the Kiev Region’s administration, claimed air defense systems around the capital were engaging incoming missiles.

Reports of explosions and calls on the public to heed warnings about missile threats have come from Kharkov, Dnepropetrovks, Kirovograd, Poltava, and Vinnitsa Regions, among others. Meanwhile, the national system warning about possible airstrikes sounded for all parts of Ukraine by about 8:30 am (6:30 am GMT), according to local media.

There were few immediate damage reports, though the mayor of Khrarkov, Igor Terekhov, reported a blackout. Aleksandr Vilkul, who heads the administration of Krivoy Rog Region, claimed missiles had hit a residential building, without offering further details.