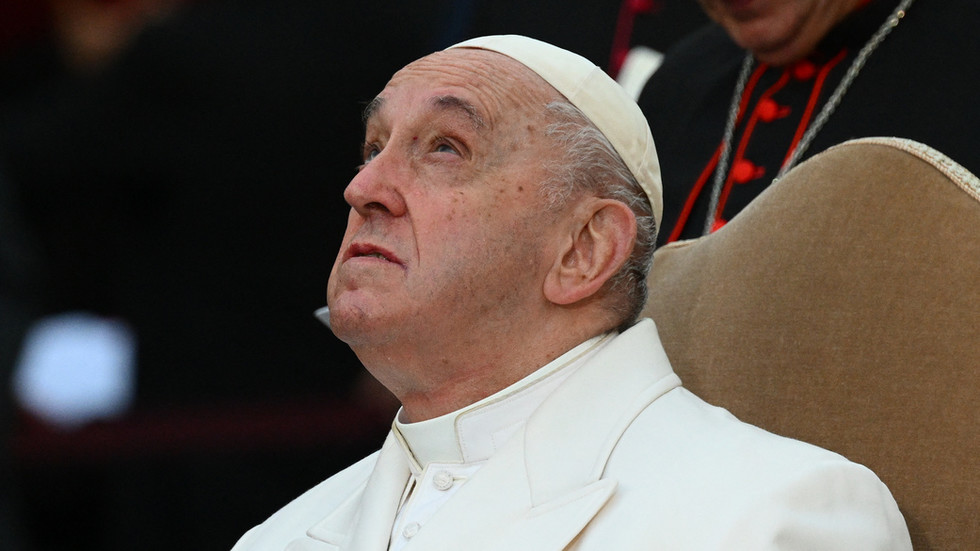 The conflict in Ukraine will likely be prolonged because it’s a “global war” with too many interests involved in it, Pope Francis has warned. Russia has been saying that the “proxy war” has actually been waged against it in the neighboring country by the US and NATO.

“I don’t see an end [to the fighting in Ukraine] in the near future because this is a global war. Let’s not forget this,” the pontiff said in an interview with Spanish paper ABC on Sunday.

“There are many hands stirring up the war pot,” he said of the conflict, in which Russia is fighting Ukraine. The US and its allies have pledged to support Ukrainian President Vladimir Zelensky for “as long as it takes” for Russia to lose, while insisting they are not a party to the conflict.

“I think war is being waged when an empire begins to weaken. And when there are weapons to be used, tested and sold. The stakes are high,” the head of the Catholic Church explained, without identifying the “weakening empire” to which he referred.

Moscow has previously described the conflict in Ukraine as a “proxy war” being waged against it by the US and its NATO allies “to the last Ukrainian.” It has also decried deliveries of Western weapons to Kiev, saying they only prolong the fighting and increase the risk of a direct confrontation between Russian and NATO forces.