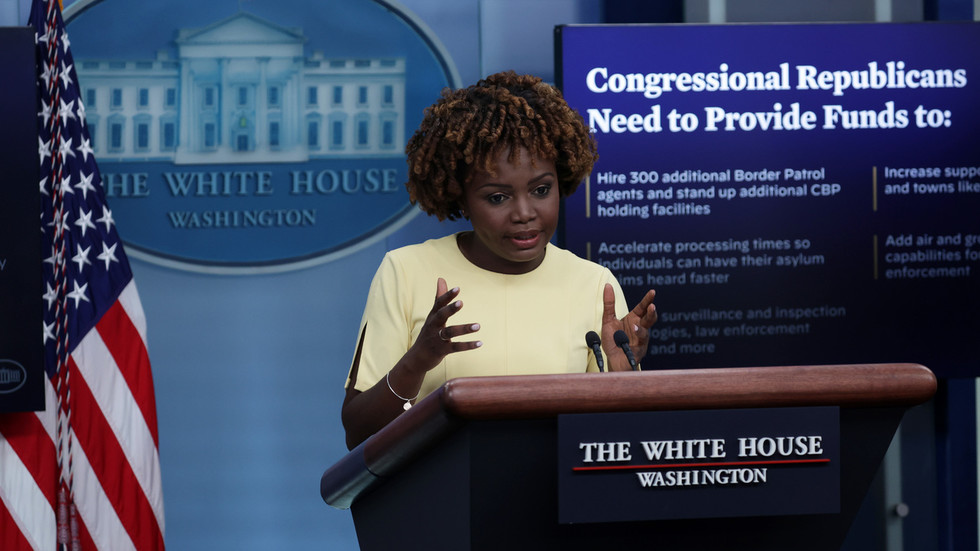 The White House has declined to comment on the latest revelations from the Twitter Files, which appear to show that the FBI was involved in a campaign to preemptively discredit reporting on Hunter Biden’s laptop and quash it after publication.

“I’m just going to refer you to the FBI. I’m not going to comment from here about that,” Press Secretary Karine Jean-Pierre said during a daily briefing on Monday, when asked about the allegations.

The son of current president and then-candidate Joe Biden forgot his laptop at a repair shop in Delaware, the owner of which later was subpoenaed by the FBI to relinquish it. However, he made a copy of the information on the device, which was then handed over to the New York Post during the 2020 election campaign. When the Post published a story about Hunter Biden’s possible influence peddling, Twitter briefly banned users from sharing it on its platform.

According to bestselling author Michael Shellenberger, who was given access to internal Twitter communications by its new owner, Elon Musk, the FBI “primed” the company’s executives to treat the legitimate news as a “hack-and-dump”operation by a malicious actor.

The federal agency sent warnings to Twitter about threats of foreign influence operations amid the 2020 elections, Shellenberger reported. It also had former FBI employees – “Bu alumni” – working for Twitter, who supported the narrative and later argued that the laptop was what the agency had been warning about.

Ex-FBI General Counsel Jim Baker, who was a prominent figure in the ‘Russiagate’ saga, repeatedly insisted that “the Hunter Biden materials were either faked, hacked, or both, and a violation of Twitter policy,” Shellenberger said.

He added that considering how much time the FBI had to verify the authenticity of the laptop, it was “inconceivable” that Baker believed the New York Post reporting was not legitimate. The FBI took possession of the laptop in December 2019, while the Post published the story in October 2020.

Other coverage of the Twitter Files by Shellenberger and journalists Matt Taibbi and Bari Weiss explained how the US intelligence community worked hand-in-glove with the platform to flag speech for suspension that the US government deemed “misinformation.” It also showed the FBI and Twitter locked horns over the agency’s claims of increased activity by ‘propaganda’ bots, of which Twitter said it found no evidence.