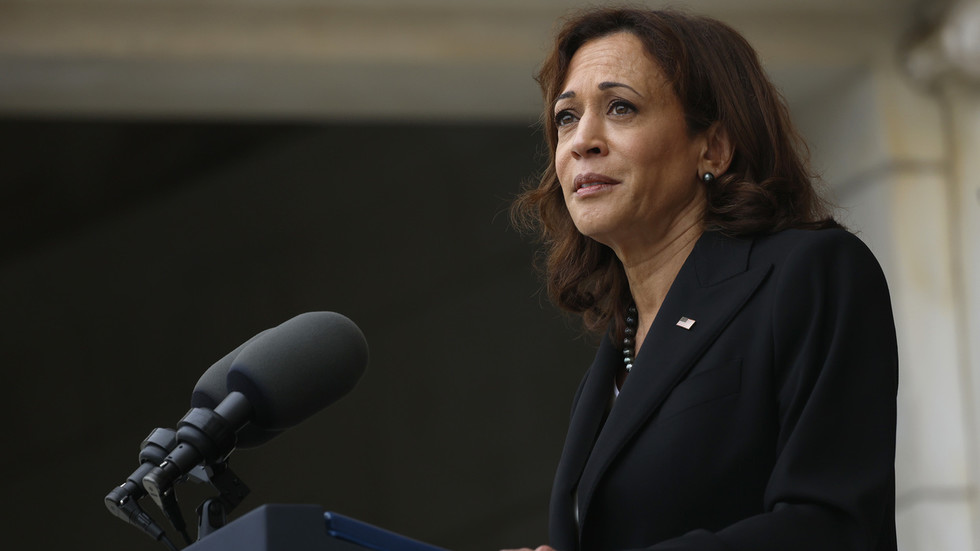 The US Vice President task force on immigration proves to be a colossal failure for the Biden Administration as over 2.5M migrants surge at the southern border

Confronted by a reporter on Monday, White House Press Secretary Karine Jean-Pierre was unable to describe what exactly Vice President Kamala Harris had done to alleviate the immigration crisis at the US-Mexico border since being charged with the issue last year.

Reminding Jean-Pierre that President Joe Biden had “tasked the Vice President with studying and working on the root causes of some of these issues” related to illegal migration, the Washington Post’s Tyler Pager asked for an “update from this side of the White House on what she’s been doing and what she will continue to do” amid a predicted massive surge in illegal crossings.

Venezuelan immigrants warm by a fire after hundreds of other migrants surged across the Rio Grande into El Paso, Texas to seek asylum on December 19, 2022 as seen from Ciudad Juarez, Mexico. ©  John Moore / Getty Images

Acknowledging that Harris’ job had been “to work in a diplomatic way on finding the root causes of … of migration,”Jean-Pierre admitted she didn’t “have anything to lay out specifically on what that work looks like,” suggesting the reporter reach out to the VP’s office directly to learn more about her accomplishments.

Jean-Pierre struggled with multiple questions about the end of Title 42, a Trump-era policy that had allowed Customs and Border Protection to turn away some 2.5 million migrants on public health grounds. The measure’s demise threatens to overwhelm border facilities that are already stretched beyond capacity, and members of both parties have urged Biden to extend it.

Jean-Pierre, however, insisted that Title 42’s expiration did not mean the border was “open,” arguing that “anyone who suggests otherwise is simply doing the work of these smugglers who, again, are spreading misinformation which is very dangerous.”

Harris also recently insisted the border was “secure,” even as 2022 saw a record 2.3 million migrant encounters. While the vice president was placed in charge of the crisis in March 2021, she avoided the area for three months, even as record numbers of illegal aliens streamed into the US and criticism mounted from both political parties. Biden has not visited the border at all since taking office.

Elon Musk has blasted the lack of media coverage of the US border crisis after footage of an overcrowded processing center in Texas was uploaded to Twitter. Musk’s comment comes as the southern part of the country has seen a mass influx of illegal migrants over the past year.

The clip was captured by Republican Texas congressman Tony Gonzales and published on Twitter by FOX News correspondent Bill Melugin. The video shows hundreds of migrants, including women and children, lying on the floor of the facility covered with what appear to be aluminum space blankets. Gonzales told the outlet that on Friday, when the video was recorded, the Border Patrol Central Processing Center in El Paso was holding some 4,600 migrants in federal custody, well above the facility’s official maximum capacity of only 1,040.