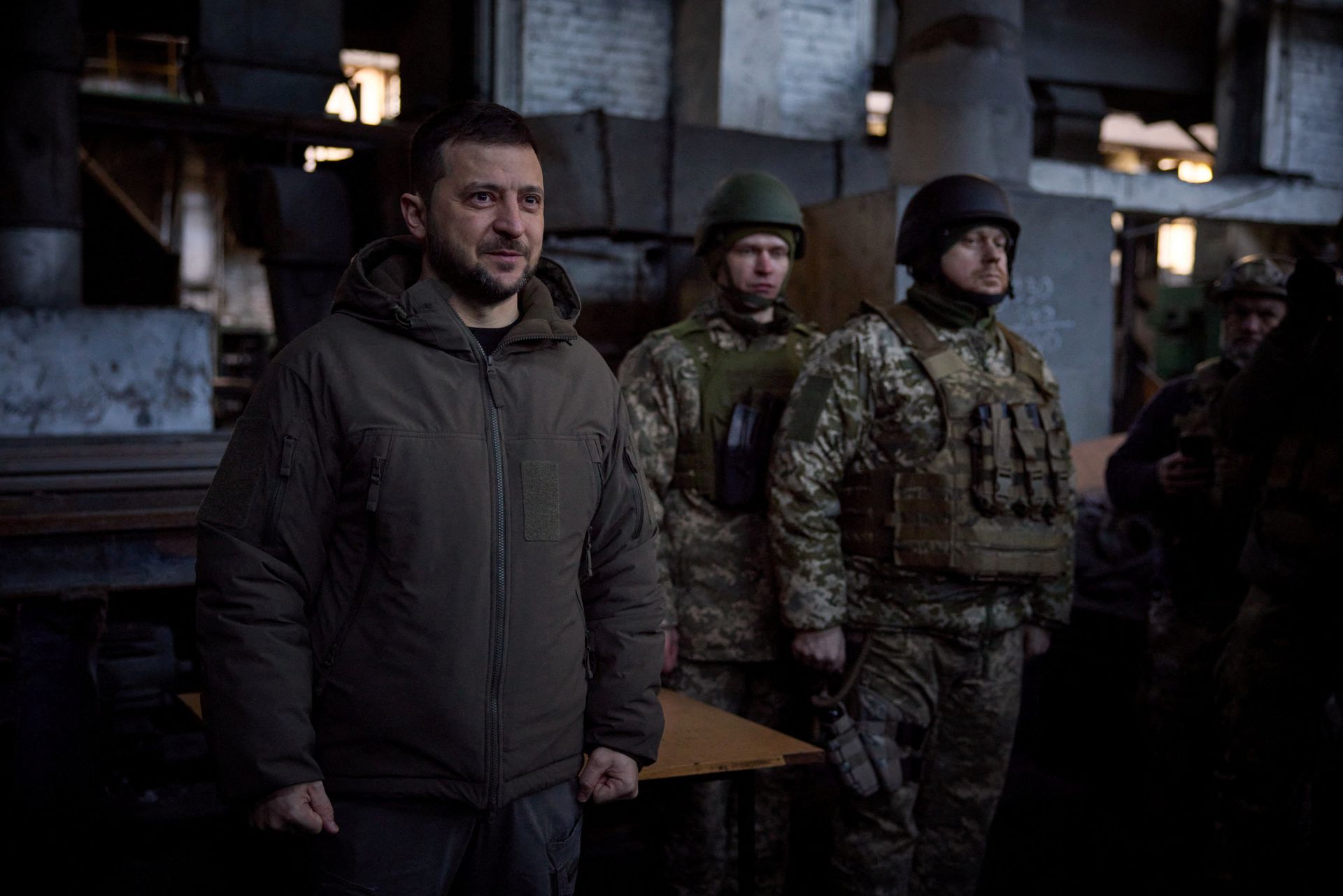 Media reports that Vladimir Zelensky is being rushed secretly to Washington DC so that the 4,155 page $1.7T omnibus bill is passed by Congress. Ukraine gets $45B in military aid if passed.

Ukrainian President Vladimir Zelensky may be on his way to Washington, multiple US outlets reported on Tuesday, citing anonymous sources. While the administration of President Joe Biden would neither confirm nor deny the rumor, House Speaker Nancy Pelosi sent a letter asking all members to attend in person on Wednesday for “a very special focus on Democracy.”

Officially, Zelensky has not left the country since Russia began its military operation on February 24. He has addressed anyone who would listen via video-link, including the UN Security Council, in breach of standing rules.

CNN cited “two sources familiar with the planning underway” claiming the former actor is to meet with Biden at the White House and address Congress on Wednesday evening, but that it all depends on security concerns. Axios added, citing “multiple senior leadership sources,” that the Capitol Police were already preparing security arrangements for the potential visit.

The rumored visit comes amid whispers in Washington that the US will finally announce the delivery of Patriot air defense systems to Ukraine. Russia has explicitly warned that any NATO personnel operating them will be a legitimate target. Biden has strenuously insisted that neither the US nor its allies were actually a party to the conflict, even as he sent Kiev money, weapons, and ammunition worth billions of dollars.

The White House declined to comment on the Patriots or Zelensky’s potential visit. “I don’t know that that’s going to happen,” Pelosi said when asked by reporters.

She did send out a letter, however, urging all members of the House to be physically present for “legislation that makes progress for the American people as well as support for our Democracy.” A rule Pelosi put into effect in May 2020 has allowed House members to vote by proxy, on account of the Covid-19 pandemic.

Democrats, who currently control both the House and the Senate, are pushing to pass a massive omnibus spending bill before the year is over and a new Republican-majority House is sworn in next month. The bill includes $45 billion in aid for Ukraine. While some Republicans have objected to it, the leader of the party’s Senate caucus sided with the White House.

“Providing assistance for Ukrainians to defeat the Russians is the number one priority for the US right now according to most Republicans. That’s how we see the challenges confronting the country at the moment,” Mitch McConnell of Kentucky said on Tuesday.