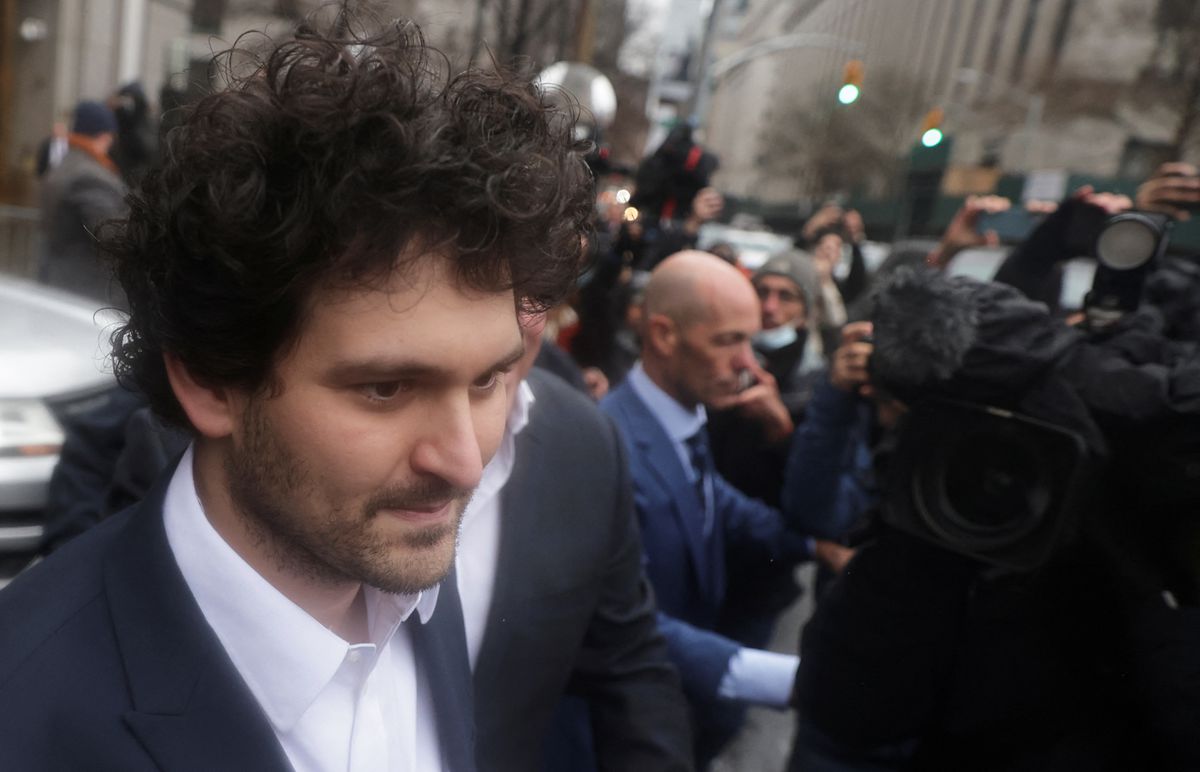 Former FTX CEO Sam Bankman-Fried appeared in a New York Court to face fraud charges after extradition from the Bahamas. released on a $250M bond provided by mum and dad

Sam Bankman-Fried was released on a $250 million bond package on Thursday while he awaits trial on fraud charges related to the collapse of the FTX crypto exchange.

Federal prosecutors in Manhattan have accused him of stealing billions of dollars in FTX customer funds to plug losses at his hedge fund, Alameda Research.

Bankman-Fried was not asked to enter a plea on Thursday. He has previously acknowledged risk-management failures at FTX, but has said he does not believe he has criminal liability. His defense lawyer, Mark Cohen, declined to comment after the hearing in Manhattan federal court.

After the hearing, the one-time billionaire was surrounded by photographers as he exited the lower Manhattan courthouse and entered a black SUV. He sported facial stubble and a gray suit – a far cry for the shorts and t-shirt he became notorious for wearing in public appearances while running FTX.

Nicolas Roos, a prosecutor, told U.S. Magistrate Judge Gabriel Gorenstein that the bail package would require Bankman-Fried to surrender his passport and remain in home confinement at his parents’ home in Palo Alto, California. He would also be required to undergo regular mental health treatment and evaluation.

Bankman-Fried, 30, was arrested last week in the Bahamas, where he lived and where FTX is based, cementing his fall from grace. He departed the Caribbean nation in FBI custody on Wednesday night.

Cohen said he agreed with prosecutors’ proposed bail conditions. He noted that Bankman-Fried’s parents – both Stanford Law School professors – would co-sign the bond and post the equity in their home as assurance for his return to court. Both appeared in court. Wearing leg restraints, Bankman-Fried sat flanked by his lawyers and nodded when the judge informed him that if he fails to appear in court, a warrant would be issued for his arrest.

Gorenstein set Bankman-Fried’s next court date for Jan. 3, 2023 before U.S. District Judge Ronny Abrams, who will handle the case.

Bankman-Fried founded FTX in 2019. A boom in the values of bitcoin and other digital assets propelled the exchange to a valuation of some $32 billion earlier this year, making the Massachusetts Institute of Technology (MIT) graduate a billionaire several times over, as well as an influential donor to the US Democratic Party including current President Joe Biden’s 2020 campaign.

But concerns about commingling of funds between FTX and Alameda led to a flurry of customer withdrawals in early November, ultimately forcing the exchange to declare bankruptcy on Nov. 11. Bankman-Fried later said at a New York Times conference that he had just $100,000 in his bank account.

Just hours after Bankman-Fried’s plane from the Bahamas took off, Damian Williams, the top federal prosecutor in Manhattan, announced that two of Bankman-Fried’s closest associates – former Alameda CEO Caroline Ellison and FTX co-founder Gary Wang – had pleaded guilty and were cooperating with prosecutors.