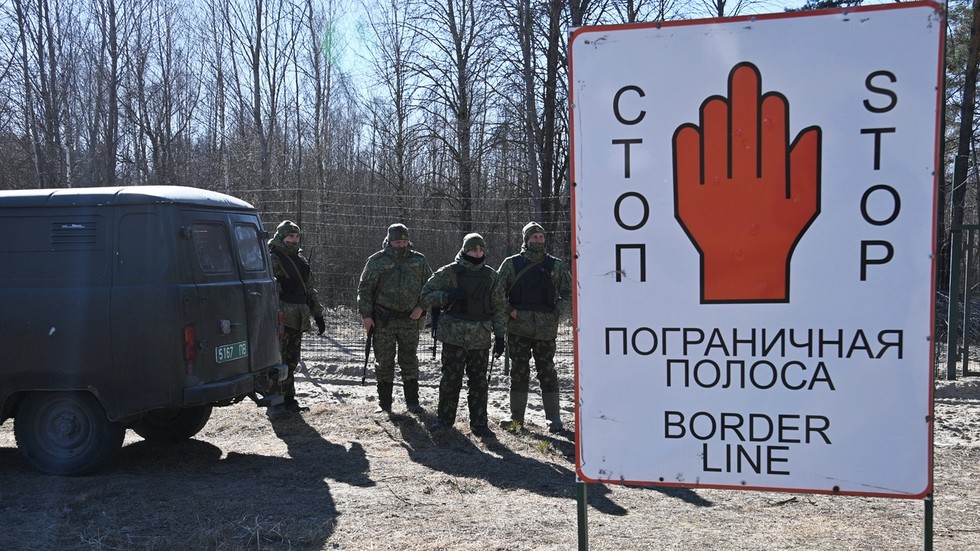 Belarus has restricted travel in parts of its southeastern Gomel Region, which shares a border with Ukraine. The move came after Belarusian President Alexander Lukashenko accused Kiev of a military build-up and stoking tensions.

A document published by the government on Monday states the restrictions apply to border-adjacent areas in the Loyev, Khoiniki and Bragin districts. The three areas have a combined population of around 42,000 people, according to authorities.

The reason for the measures is cited as “border security.” Belarus has a total of 1,084 kilometers (673.5 miles) of shared border with Ukraine.

The new rules do not apply to local residents and people visiting close relatives or traveling for work, however.

In October, Belarusian President Alexander Lukashenko accused Kiev of massing up to 15,000 troops close to the border, setting up artillery positions and carrying out reconnaissance operations. While Anatoly Lappo, the head of the State Border Committee, said that border guards were on high alert due to attempts at illegal border crossings and other“provocations.”

Citing increased tensions with the West during the Ukraine conflict, Minsk and Moscow have agreed to create a joint military force to be stationed in Belarus. It is said to comprise around 9,000 Russian troops, which began arriving in October. Lukashenko said earlier this month that instructors from both countries were training each other’s soldiers and units were working to improve coordination.

During a meeting with his Russian counterpart Vladimir Putin in the Belarusian capital on Monday, Lukashenko announced that Russian-supplied Iskander ballistic missiles and S-400 air defense systems had been deployed in his country. Putin reiterated that Minsk remains Russia’s ally “in the truest sense of the word,” and both states would continue to foster close military and economic ties.