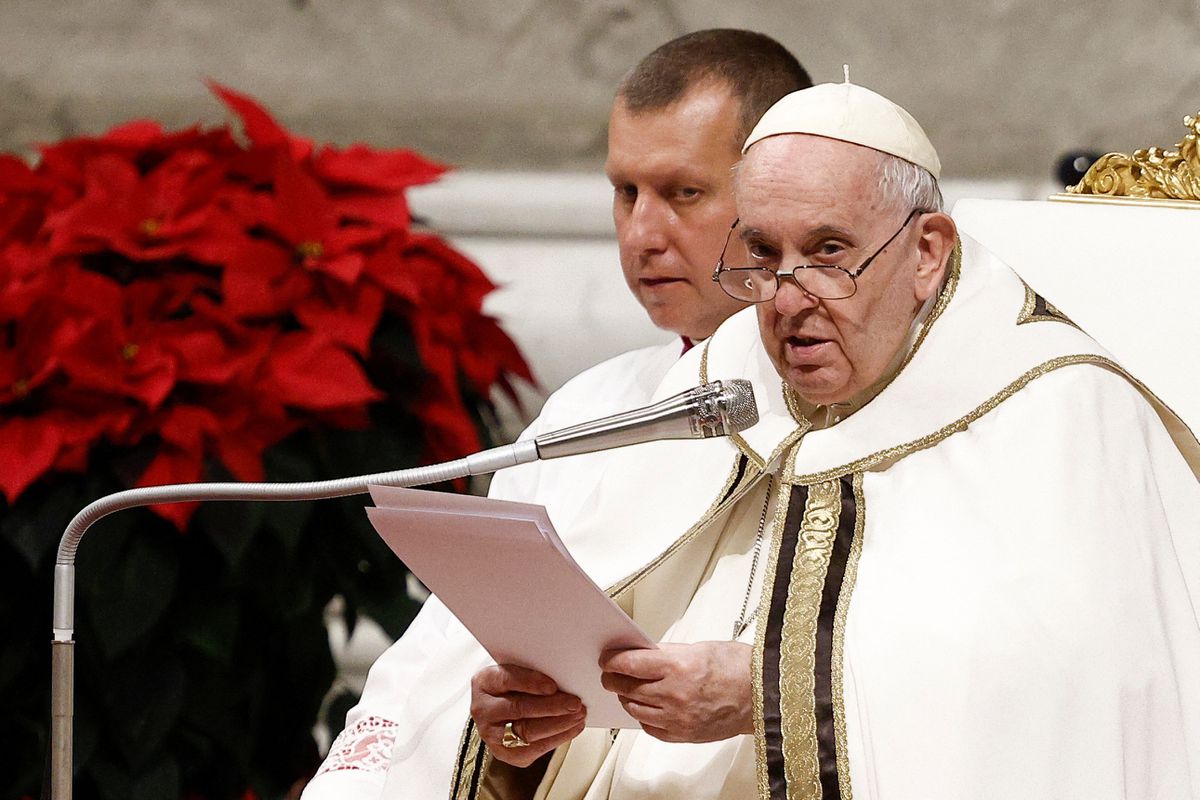 Pope Francis celebrates Christmas Eve Mass with a call to remember those afflicted by war and poverty as the world pursues money, power and pleasure

Pope Francis on Saturday led the world’s Catholics into Christmas, saying in an apparent reference to the war in Ukraine and other conflicts that the level of greed and hunger for power was such that some wanted to “consume even their neighbours”.

Francis, celebrating the 10th Christmas of his pontificate, presided at a solemn Christmas Eve Mass in St. Peter’s Basilica. It was the first with a capacity crowd of about 7,000 following several years of restricted attendance because of COVID.

About 4,000 other people participated outside in St. Peter’s Square on a relatively warm night.

As has been the case for the past several months, a knee ailment prevented Francis from standing for long periods, delegating a cardinal to be the main celebrant at the altar of the largest church in Christendom.

Sitting to the side of the altar for most of the Mass, he wove his homily around the theme of greed and consumption on various levels, asking people to look beyond the consumerism that has “packaged” the feast, rediscover its meaning, and remember those suffering from war and poverty.

“Men and women in our world, in their hunger for wealth and power, consume even their neighbours, their brothers and sisters,” he said.

“How many wars have we seen! And in how many places, even today, are human dignity and freedom treated with contempt!”

He did not mention Ukraine on Saturday night.

“As always, the principal victims of this human greed are the weak and the vulnerable,” he said, denouncing “a world ravenous for money, power and pleasure…”

Drawing a parallel between the infant Jesus born in a manger and the poverty of today, the pope said: “In the manger of rejection and discomfort, God makes himself present. He comes there because there we see the problem of our humanity: the indifference produced by the greedy rush to possess and consume.”

The pope marked his 86th birthday last week and, apart from the knee ailment, appears to be in overall good health.

On Sunday, Pope Francis will deliver his Urbi et Orbi (to the city and the world) blessing and message from the central balcony of St. Peter’s Basilica to tens of thousands of people in the square below.