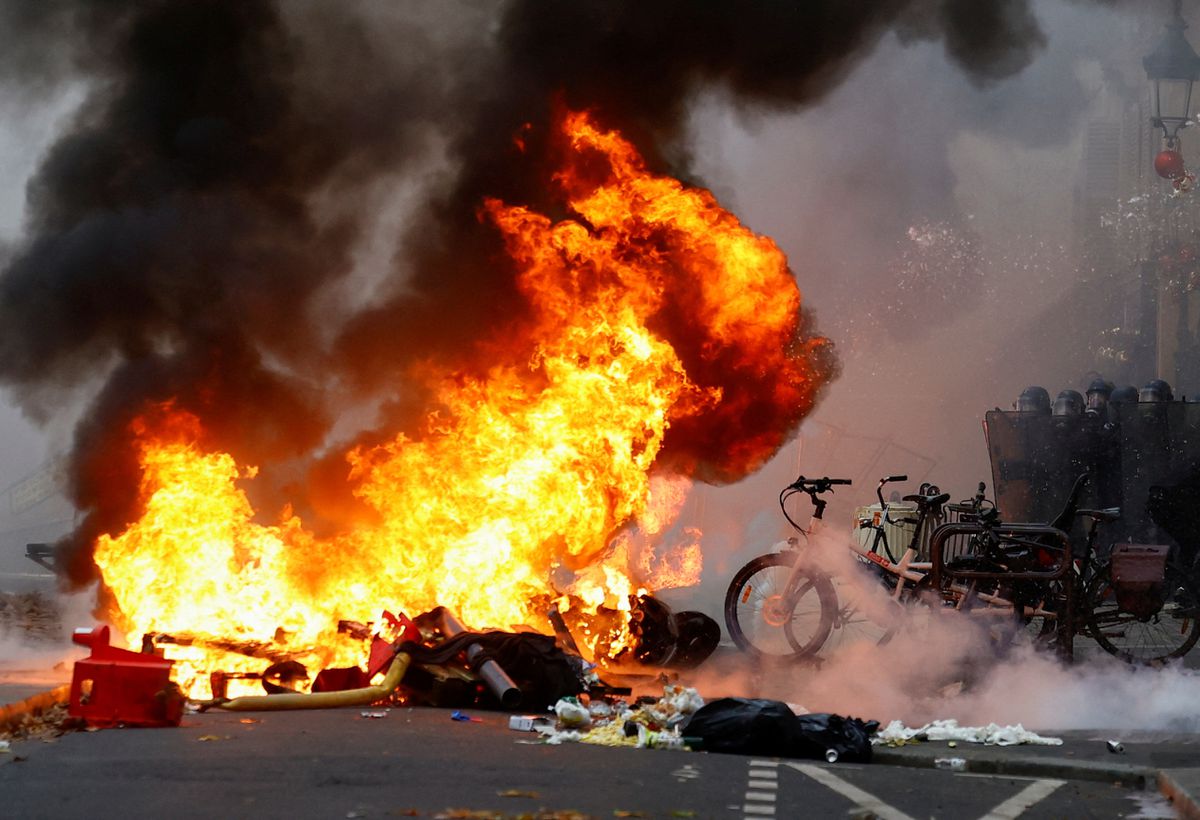 Clashes broke out for a second day in Paris on Saturday between police and Kurdish protestors angry at the killing of three members of their community by a gunman.

Cars were overturned, at least one vehicle was burned, shop windows were damaged and small fires set alight near Republic Square, a traditional venue for demonstrations where Kurds earlier held a peaceful protest.

Paris police chief Laurent Nunez said there had been a sudden violent turn in the protest but it was not yet clear why.

Speaking on news channel BFM TV, Nunez said a few dozen protestors were responsible for the violence, adding there had been 11 arrests and around 30 minor injuries.

As some demonstrators left the square they threw projectiles at police who responded with tear gas. Skirmishes continued for around two hours before the protestors dispersed.

A gunman carried out the killings at a Kurdish cultural centre and nearby cafe on Friday in a busy part of Paris’ 10th district, stunning a community preparing to commemorate the 10th anniversary of the unresolved murder of three activists.

Police arrested a 69-year-old man who the authorities said had recently been freed from detention while awaiting trial for a sabre attack on a migrant camp in Paris a year ago.

Following questioning of the suspect, investigators had added a suspected racist motive to initial accusations of murder and violence with weapons, the prosecutor’s office said on Saturday.

However, the questioning was later halted on medical grounds and the man transferred to a psychiatric unit, the prosecutor’s office said in an update.

The suspect will be presented to an investigating magistrate when his health permits, it added.

After a gathering on Friday afternoon that had also led to clashes with police, the Kurdish democratic council in France (CDK-F) organised the demonstration at Republic Square on Saturday.

Hundreds of Kurdish protestors, joined by politicians including the mayor of Paris’ 10th district, waved flags and listened to tributes to the victims.

Friday’s murders came ahead of the anniversary of the killings of three Kurdish women in Paris in January 2013.

An investigation was dropped after the main suspect died shortly before coming to trial, before being re-opened in 2019.

Kurdish representatives, who met on Saturday with Nunez as well as French Justice Minister Eric Dupond-Moretti, reiterated their call for Friday’s shooting to be considered a terror attack.

Previous post US Moves Bioweapons Research out of Ukraine