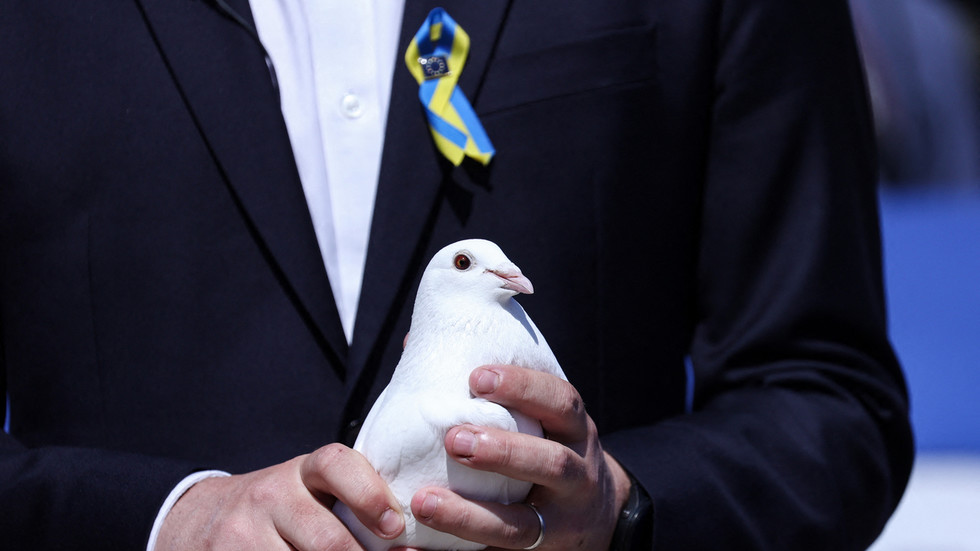 Ukraine may present its vision of peace around the last week in February, near the first anniversary of Russia’s offensive against the country, the Wall Street Journal has reported. The US newspaper, citing European and Ukrainian diplomats, claimed President Vladimir Zelensky and his team are currently working on such a formula.

In its article on Thursday, the media outlet alleged that the Ukrainian leadership wants to strengthen its position at the negotiating table by making gains on the battlefield against Russia before unveiling any peace proposals.

The topic of peace and how Ukraine sees it was high on the agenda of US President Joe Biden and his Ukrainian counterpart Zelensky during the latter’s visit to Washington on Wednesday.

However, according to the Washington Post, citing an anonymous senior US official, the discussion was largely “academic,” as the US and Ukraine believe Russia is not interested in any such negotiations at this point.

Addressing G20 leaders in Indonesia last month, President Zelensky laid out a ten-point peace plan, which called for, among other things, the withdrawal of Russian troops from Ukraine and an “all for all” prisoner swap.

The Kremlin, in turn, insisted that Kiev must recognize the “reality on the ground” as a prerequisite for any peace negotiations. In Moscow’s eyes, this reality includes the new status of Donetsk, Lugansk, Kherson and Zaporozhye regions as parts of Russia.

Unnamed Western officials cited by the Wall Street Journal had suggested that Russian President Vladimir Putin is preparing to launch a renewed offensive in the coming months and is not interested in any peace talks before he sees how those efforts pan out.

Meanwhile, speaking to journalists on Thursday, the Russian head of state said that Moscow’s “goal is not to ramp up this military conflict, but, on the contrary, to end this war, that is what we are striving for and will strive for.”

Putin noted that the sooner hostilities in Ukraine come to an end, the better, as the “intensification of fighting leads to unnecessary losses.”

The Russian president went on to insist that the Kremlin has never refused to engage in peace talks with Ukraine. He claimed that it is the leadership in Kiev that “has forbidden itself from” going down this road.

This is an apparent reference to a decree signed by Zelensky in early October, according to which Ukraine will not negotiate with Moscow as long as Putin remains in power there. The decision came in response to Moscow officially signing agreements with the Donetsk and Lugansk Peoples’ Republics as well as Kherson and Zaporozhye Regions, which joined Russia after holding referendums.

“One way or another, all armed conflicts end with some negotiations on the diplomatic track,” Putin argued on Thursday.

He also expressed hope that those “who are opposing us” realise this as soon as possible.

Next post US Moves Bioweapons Research out of Ukraine