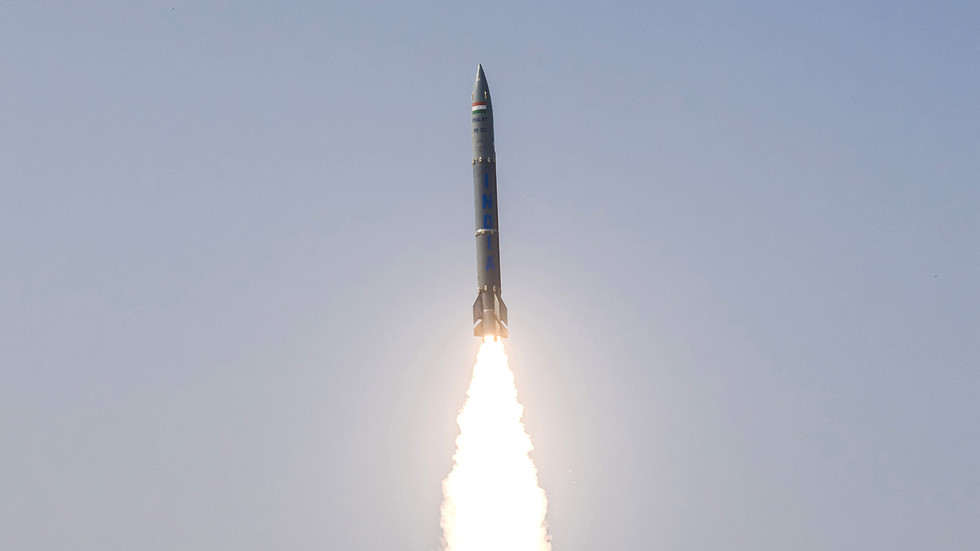 India intends to field more than a hundred ballistic missiles along its border with China and Pakistan, according to local news agency ANI. The report follows New Delhi’s claims of clashes between Indian and Chinese troops in a contested area of the Himalayas earlier this month.

“A high-level meeting of the Defense Ministry cleared the acquisition of around 120 missiles for the Armed Forces and their deployment along the borders,” a senior defence source told the outlet.

According to ANI, the arms in question are domestically developed Pralay missiles. The tactical short-range quasi-ballistic devices were successfully tested by the Indian military a year ago.

They are said to have the capability of hitting targets at a range of between 150 and 500 km, and being hard for air defences to intercept, due to directional changes during flight.

The agency described the reported development as a “major decision” for the country, which now has a policy of allowing the use of ballistic missiles in tactical roles.

India’s neighbors and geopolitical rivals China and Pakistan, who are also nuclear powers, both have ballistic missiles in their arsenals. India also borders on Nepal, Bhutan, Bangladesh and Myanmar.

In early December, the Defense Ministry in New Delhi said there had been brief clashes between Indian and Chinese border guards in Arunachal Pradesh state, in the Himalayas. The incident left six Indian soldiers wounded, the ministry said. It accused Beijing, which did not confirm that the encounter took place, of trying to “unilaterally” change the status quo in the Himalayan border zone.

Last week, New Delhi announced the deployment of a record number of troops to the area, calling it a response to the buildup by China. India also has a lasting territorial dispute with Pakistan. The standoff over the Kashmir region has been festering between New Delhi and Islamabad since 1947, leading to three wars and a number of smaller skirmishes.