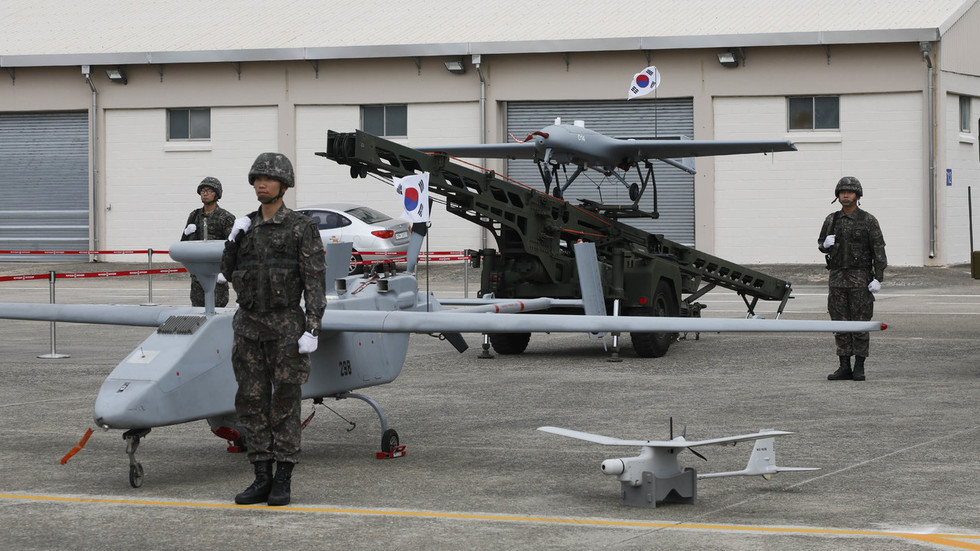 The readiness posture and training of the South Korean military had been “greatly lacking,” as evidenced by a recent incursion of North Korean drones, President Yoon Suk-yeol assessed during a cabinet meeting.

Seoul needs to boost its capabilities in the wake of the Monday incident, the South Korean leader told ministers on Tuesday, according to Yonhap. He claimed his country had realized “the danger of a North Korea policy that relied on North Korea’s good intentions and military agreements.”

The South Korean military has said it fired more than 100 rounds at a trespassing North Korean drone on Monday, but failed to down it, according to Yonhap news agency. It is estimated that several unmanned aerial vehicles (UAV) remained in the South Korean airspace for seven hours.

The South Korean Joint Chiefs of Staff were quoted by local media after warplanes were scrambled to intercept the UAVs and a military helicopter attempted to use its 20mm gun to take out a drone. The UAV had been spotted near Gyodong Island, to the northwest of Seoul and close to the North Korean border.

The military said it respected concerns that residential buildings could have been damaged, according to local media. The North Korean drones are said to have made evasive maneuvers in response to the attacks.

In total, Yonhap cited the military as saying that it detected five North Korean drones, with one flying between the cities of Gimpo and Paju to Seoul’s northwest, before going as far as the northern part of the South Korean capital. After that, the aircraft returned to North Korea.

President Yoon promised to speed up the establishment of a drone unit, which is intended to conduct reconnaissance operations against the North. It will be moved forward “as much as possible,” he pledged.

“We will strengthen our surveillance and reconnaissance capabilities by introducing advanced stealth drones,” Yoon said.

Last week, Seoul announced it would conduct some 20 military exercises jointly with the US in the first six months of 2023. The countries will focus on “crafting of realistic training scenarios in light of advancing North Korean nuclear and missile threats,” the Defense Ministry stated.

Earlier in December, Pyongyang announced the test of equipment for a spy satellite during the launch of ballistic missiles. It released grainy pictures of parts of South Korea, presumably taken during the experiment, and claimed it will soon be ready to place a fully operational satellite into orbit.