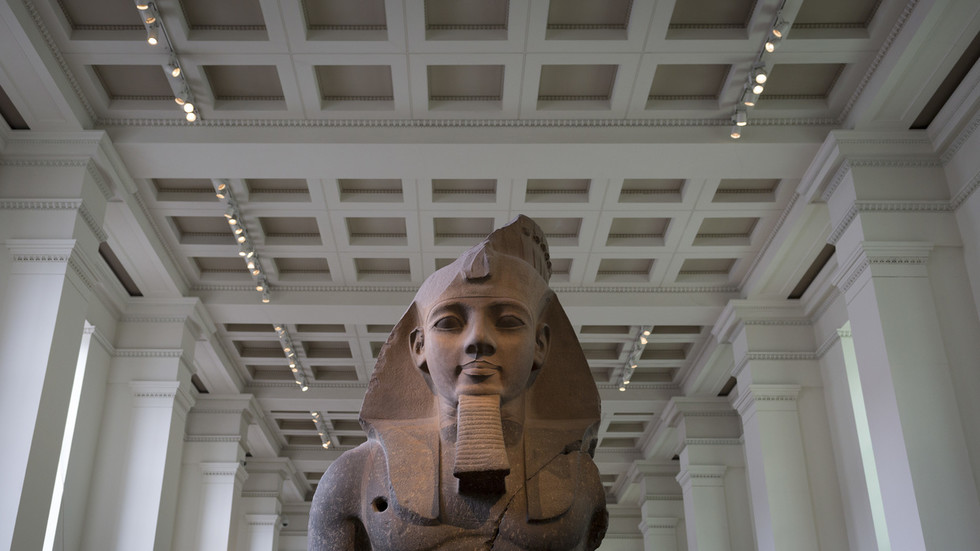 Egyptian and British scientists have unveiled a facial reconstruction of Ramses II, having used computer tomography (CT) software to “digitally unwrap” the mummy of the famous Ancient Egyptian pharaoh. The joint scientific project allowed historians for the first time to observe what the ruler looked like at different points in his life.

The researchers say they used earlier CT scans of the pharaoh’s mummy and applied them to analysis software. After that they were able to differentiate between the skull and other materials used during the embalming process and produce a 3D rendering of the skull. They then applied the average facial muscle layer measurements believed to be appropriate for ancient Egyptians to reconstruct the pharaoh’s face.

“This is the only scientific facial reconstruction of Ramesses II based on the CT scan of his actual mummy,” explained professor Sahar Saleem of Cairo University, who led the project, adding that previous attempts were “mostly artistic, based on his mummy’s face.”

The initial rendering showed researchers what Ramses II looked like at the time of his death at the age of 90. Imaging experts then used that image to reverse the aging process and reveal what the pharaoh was like at the younger age of 45.

“I find the reconstructed face is a very handsome Egyptian person with facial features characteristic of Ramesses II – the pronounced nose, and strong jaw,” said Saleem, in a statement cited by the Daily Mail.

“King Ramesses II was a great warrior who ruled Egypt for 66 years,” she noted, adding that “bringing Ramesses’ face to life in his old age and as a young man reminds the world of his legendary status.”

Ramses II, also referred to as Ramses the Great, was the third pharaoh of the Nineteenth Dynasty of Egypt and is believed to have ruled the country from 1279 BC until his death in 1213 BC. He is considered one of the most celebrated and powerful pharaohs of the New Kingdom – the most powerful period of the Egyptian empire.

Some also associate Ramses II with the figure who was in power during the biblical Book of Exodus, which tells the story of the Israelites escaping from Egypt under the leadership of Moses.

February is Black History Month The Washington University in St Louis, Missouri is holding a virtual talk on February 1...

The three Kings otherwise known as the Magi or the Wise Men saw a star announcing the birth of a...

Barbados becomes a republic thanks to Chinese investments. The Caribbean island of Barbados whose head of state prior to Nov...