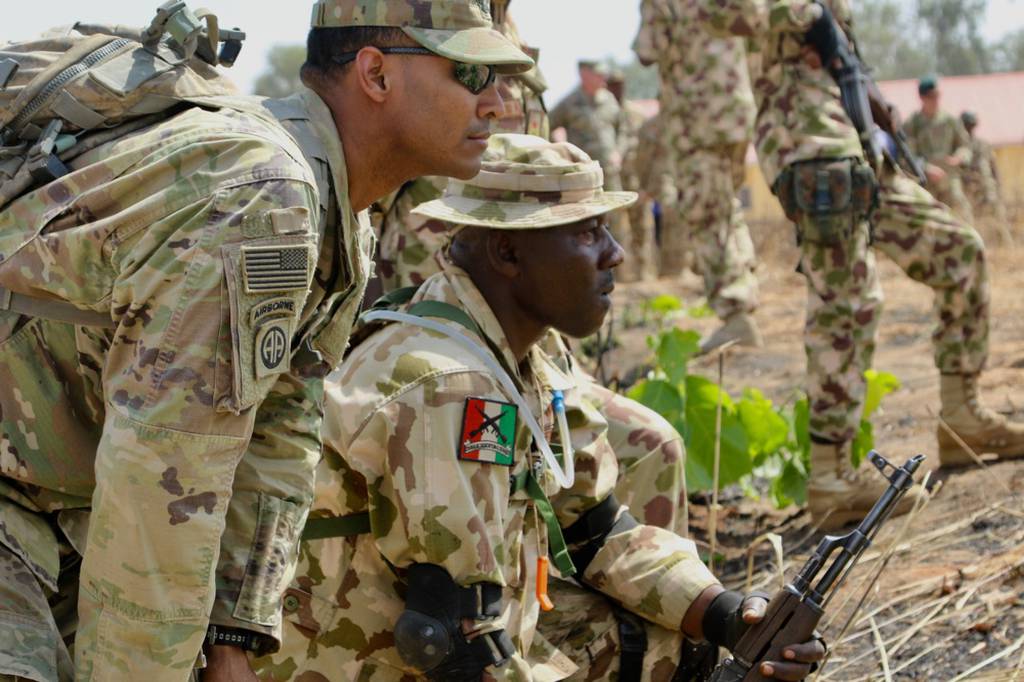 A Nigerian Army Special Forces soldier who goes by the Twitter handle @abubakr has told an online military news journal Strike Source, Thursday, that there were over 20,000 Islamic Caliphate of West Africa (ISWAP) fighting Nigerian forces in the north east of the country and they were all from the Kanuri ethnic group.

“Many of their recruits are Nigerians from neighboring countries that speak Kanuri.” Outside Nigeria, Kanuri is spoken in Chad, Cameroon, and Niger. “They twist the words of the Koran and take advantage of the lack of education.” Abubakar said.

Before Nigeria was formed in 1914 the Kanem Bornu Islamic Empire of predominantly Kanuris held authority in the areas known as Chad, Niger and Cameroon.

“By using a faith as a weapon, they tell them that the military is the enemy because they don’t follow their version of Islam, and that we are pagans.” He added.

Abubakar, 28, has been fighting ISWAP for the past five years and his unit a Mobile Strike Team hunts down terrorists operating in north eastern Nigeria. He claims his unit is trained by the British Army Special Air Service (SAS).

He lamented that Nigeria’s counter insurgency efforts were not turning the tide despite Russia and America’s defeat of IS in Syria. Their influence in the Sahel is far reaching due to Arabic, the Koran and use of terror.

“When we free villages, many people are afraid to cooperate with us. ISIS has spies in villages that it pays for information. If they find out someone helped the military, they will burn their crops and homes.” The commando stated. He listed ISWAP tactics as suicide missions, use of AK-47 assault rifles, rocket propelled grenades (RPG) and anti aircraft guns.

He revealed that the insurgents were well trained and he added that Nigeria has captured over 20,000 ISWAP fighters but the insurgency continues.

“We have seen them improve. They are well-trained, and we don’t know what country has provided this training, but it is military training.” he stated.

Nigeria’s Defence Intelligence Agency and its 7th Division are not forth coming on who is training the Kanuris to be an effective fighting force opposing the nation. As Nigeria heads into a General Election in 2023 fears are mounting that the Kanuris might take over the capital Abuja. The ruling party, the All Progressives Congress (APC) vice presidential candidate Kassim Shettima is a Kanuri Muslim while the party flagbearer Bola Ahmed Tinubu is a Yoruba Muslim which is heightening fears of a ISWAP take over of the country through the ballot box.