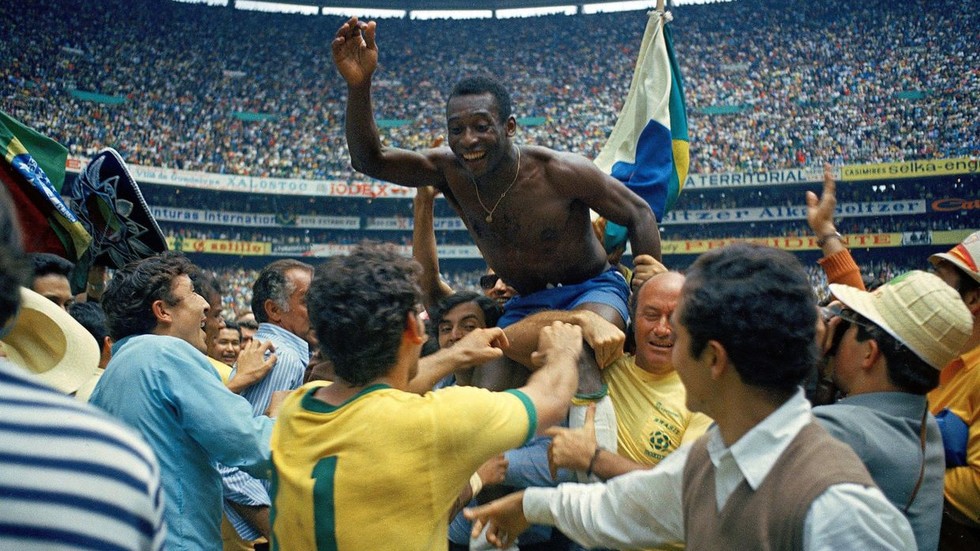 Brazilian soccer legend passes away at 82 in Sao Paulo after battling colon cancer. He won three World Cups for Brazil

A pall descended on the football world after it was confirmed that Brazilian legend Edson Arantes do Nascimento, better known as Pele, has died aged 82.

Pele pictured in 2018. He was diagnosed with colon cancer in 2021. ©  Amal KS / Hindustan Times via Getty Images

Pele was admitted to the Albert Einstein hospital in Sao Paulo at the end of November as he continued a battle with colon cancer.

It was confirmed on Thursday that the football icon had passed away.

Pele is survived by his third wife Marcia Aoki and seven children.

A prolific goalscorer during his playing days, Pele is regarded by many as among the finest footballers – if not the finest – of all time.

He was revered in his Brazilian homeland ever since winning the first of his three World Cups aged just 17 at the 1958 edition of the tournament in Sweden.

Pele graced the competition with six goals in total, including a hat-trick in the semifinal against France and a double against hosts Sweden in the final.

Pele and Brazil would follow that up with success at the 1962 World Cup in Chile, where he was forced to miss much of the tournament due to injury.

Pele tasted World Cup glory again with the imperious Brazil team which won the title in Mexico in 1970.

Pele spent most of his club career at Santos in Brazil, debuting for the coastal club in Sao Paulo state as a 15-year-old in 1956.

He would leave the team as a six-time Brazilian league winner and two-time continental and world champion in 1974.

Renowned for his goalscoring feats, Pele retired from the Brazilian national team in 1971, having scored 77 goals in 92 games – a record matched only recently by Neymar.

Pele ended his club career at the New York Cosmos in 1977.

In his post-playing days, Pele was appointed a UN ambassador for ecology and the environment in 1992 and a UNESCO Goodwill Ambassador in 1994.

In a further sign of his global recognition, Pele received an honorary knighthood from Queen Elizabeth II at Buckingham Palace in 1997.

It was also in the mid-90s that France Football revised its policy of only including European players for Ballon d’Or contention, awarding Pele seven past editions of football’s highest individual honour in 2015.

Pope Emeritus Benedict XVI has died at the age of 95 due to age related illness the Vatican announced on...