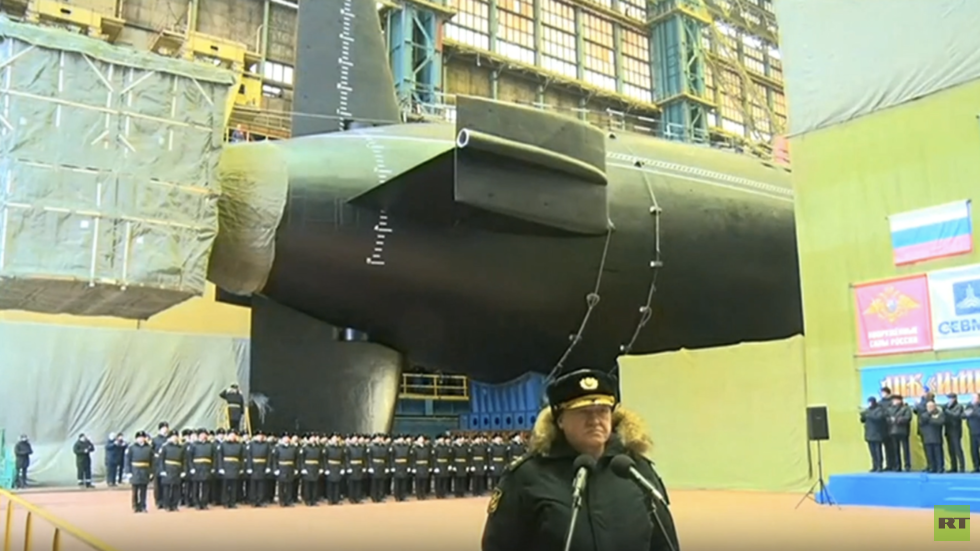 Russia commissions three combat ships in one day. Putin says the ships will guarantee Russia’s security for decades to come

A new advanced Borei-class nuclear-powered submarine was among three warships that entered service in the Russian Navy on Thursday. Another boat of the same class, which is designed to carry Bulava intercontinental ballistic missiles, was floated for the first time on the same day.

The Russian military conducted three simultaneous ceremonies, during which naval flags were raised on the new vessels, marking the formal beginning their active service.

President Vladimir Putin, who directed the ceremony remotely, noted that Russia was in the process of building four more Borei-class submarines, which he declared “will ensure Russia’s security for decades to come.”

The sister ship of ‘Generalissimus Suvorov,’ the ‘Imperator Aleksandr III,’ was floated in a separate, simultaneous ceremony at the same location. As the seventh boat in the class, it will undergo sea trials starting next June before entering military service, the Defense Ministry reported.

The two other ships that entered service on Thursday were the advanced Buyan M-class missile corvette ‘Grom’ and the Alexandrit-class minesweeper ‘Anatoly Shlemov’. Their flags were raised in the ports of Baltiysk and Vladivostok as they joined Russia’s Baltic and Pacific fleets respectively, in ceremonies coordinated with those in Severodvinsk.

The addition of the new assets was a milestone for the Russian Navy, the president stated. He expressed his gratitude to the designers and builders of the vessels and wished good luck and honourable service to their crews.