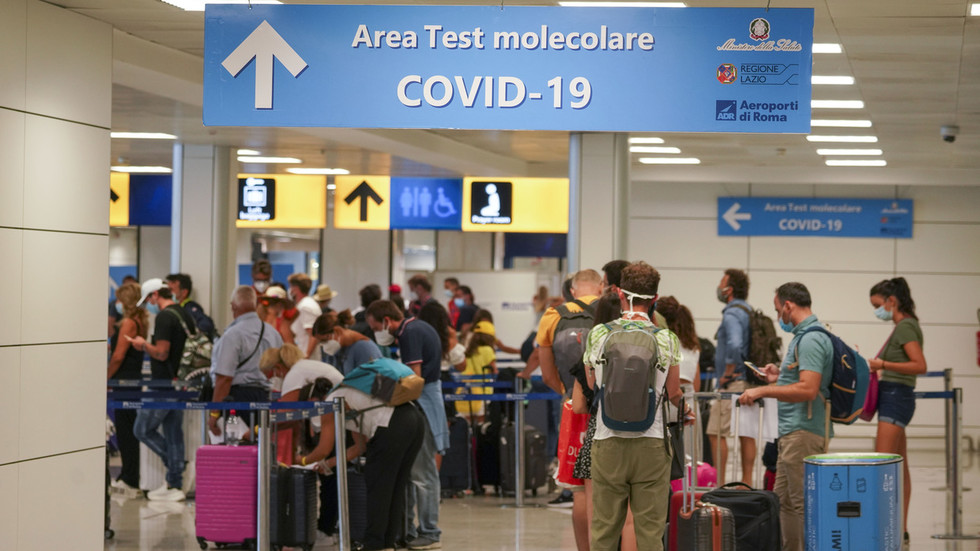 Italian Prime Minister Giorgia Meloni has urged the EU to impose a bloc-wide coronavirus test requirement on all air passengers arriving from China, after Beijing announced it would greatly ease restrictions on international travel. Although grappling with a surge in infections, the Asian nation loosened its strict containment measures earlier this month.

Italy ordered mandatory antigen testing of all inbound travellers from China earlier this week, following Beijing’s announcement that it would end compulsory quarantine for passengers from January 8, effectively reopening the country’s borders.

“We took action immediately,” Meloni told a press conference on Thursday. “We expect and hope that the EU will want to act in this manner,” she continued, adding that Italy’s policy would risk “not being fully effective” unless enforced by all the bloc’s member states.

As Meloni spoke, the EU’s Health Security Committee met in Brussels in a bid to formulate a common response to the expected influx of Chinese travelers in January.

Further afield, the US, Japan, India, Taiwan, and Malaysia have all announced testing requirements for Chinese arrivals, with Japan and India stating that those testing positive would have to enter quarantine.

The US Centers for Disease Control and Prevention said that this requirement “will help to slow the spread of the virus as we work to identify and understand any potential new variants that may emerge.”

After maintaining some of the world’s strictest ‘Zero Covid’ policies for nearly three years, China’s National Health Commission (NHC) announced earlier this month that it would no longer require negative tests to enter most public buildings and would no longer demand that asymptomatic patients isolate themselves at home.

Last week, the country downgraded its coronavirus response from “A level control measures” to the less strict “B level”response, meaning that as of January 8, even symptomatic Covid-19 patients will no longer have to isolate, and local authorities will no longer be able to lock down entire communities in the event of a localized outbreak.

New cases soared in the wake of these announcements, with a reported 37 million people contracting the virus in a single day last week, and nearly a quarter of a billion people becoming infected this month. Officially, the NHC claims that these figures are nearly 10,000 times lower.