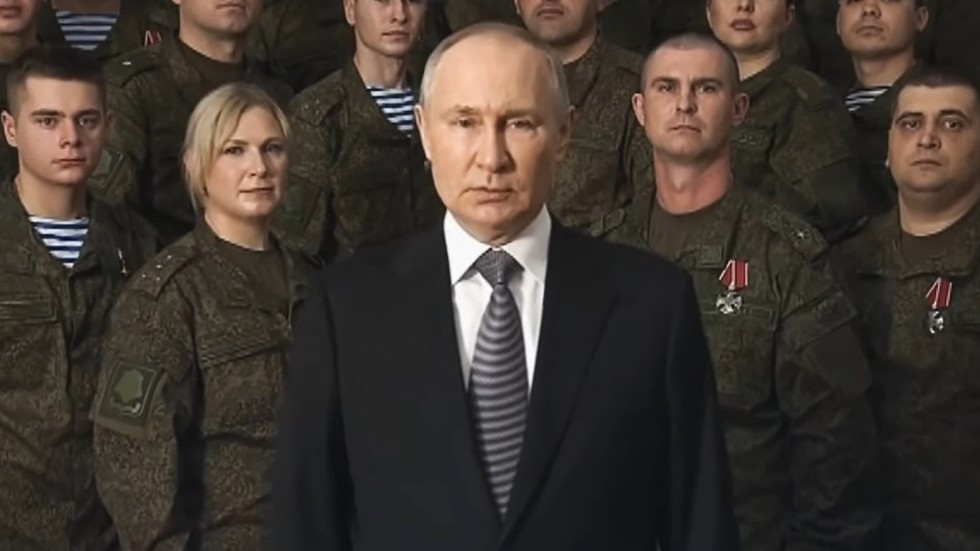 Russian President Vladimir Putin delivered his traditional New Year’s Eve address on Saturday, speaking to the nation about the challenges the country has faced over the past year and the achievements it has made. The address venue differed drastically from the traditional Kremlin courtyard stand-up shots of the president, with Putin this year recording the annual message at the Southern Military District HQ. During his visit, he also met with top military brass and gave state awards to distinguished soldiers.

The unusually long address primarily revolved around the ongoing special military operation in Ukraine, the large-scale conflict which broke out late in February. The dramatic events have shown that Russia, “our multi-ethnic country has demonstrated its courage and dignity, as it always has during times of trouble,” he said, praising the country’s military and common citizens alike.

“Russian soldiers, militia and volunteers are fighting for our homeland, for truth and justice, to ensure peace and security for Russia. All of them are heroes to us. Their burden is the heaviest today. With all of my heart, I wish a Happy New Year to all participants of the special military operation,” the president said.

“The outgoing year will forever enter the military chronicle of the Fatherland,” Russian Defense Minister Sergey Shoigu said in his New Year’s greetings to the military. He thanked the servicemen for their courage and heroism in the performance of military duty, wished them “great health, fortitude, reliable and devoted comrades and, of course, clear skies.” “Our victory, like the New Year, is inevitable!” Shoigu noted.

On New Year’s Eve, an air raid alert was announced throughout Ukraine, which lasted more than four hours. Russia fired more than 20 cruise missiles at targets in Ukraine on Saturday, killing at least one person in Kiev, in attacks President Vladimir Zelensky said showed Moscow was in league with the devil. A hotel reportedly housing foreign mercenaries was hit in the Russian air strikes.

The Ukrainian edition Strana reported on explosions in Kiev and the Kiev region, as well as Nikolaev and in the part of the Zaporozhye region controlled by Ukraine. In the Ukrainian capital one person was killed and twenty more were injured, according to the city mayor Vitaliy Klitschko.

Russian troops liberated the village of Dorozhnyanka in the Zaporozhye region, the Defense Ministry reported. According to ministry estimates, the Ukrainian side lost up to 50 people killed and 10 pieces of equipment.

The ministry also reported on the continuation of the offensive in the Donetsk direction with the use of aviation, artillery and heavy flamethrower systems. In a day, the Ukrainian armed forces lost up to 80 people killed and nine pieces of equipment.

According to the ministry, the losses of Ukrainian armed forces in the directions of the Kupyansk and Krasny Liman are estimated at almost 200 people and 21 pieces of equipment, including five tanks. In addition, the ministry reported strikes on three points of deployment of foreign mercenaries in the area of Krasny Liman and Chervona Dibrova.