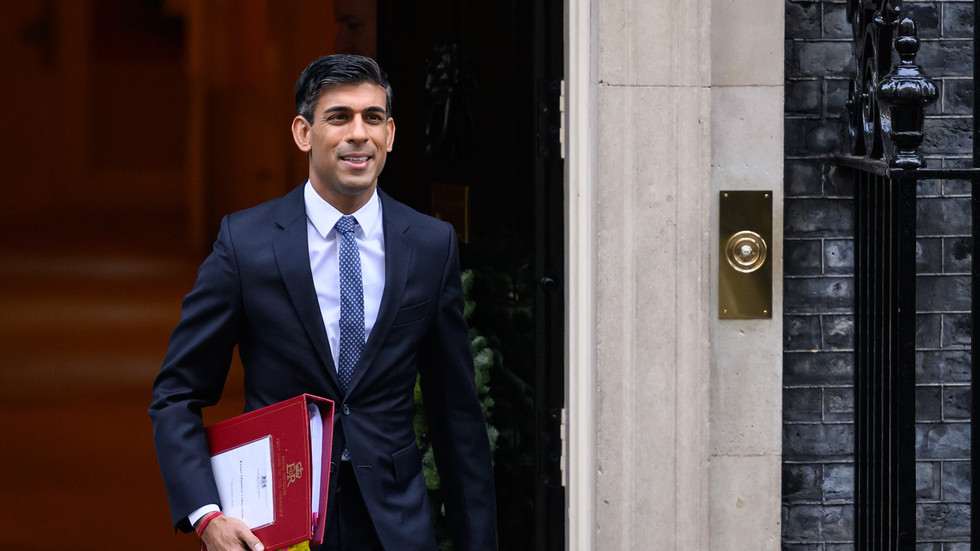 PM Rishi Sunak shared his first in-office New Year message on Saturday, admitting that “it’s been a very tough year for the UK” and that the country’s problems “won’t go away” in 2023 either. The PM largely blamed Britain’s hardships on Russia and its conflict with Ukraine.

“I’m not going to pretend that all our problems will go away in the New Year,” Sunak said in his address, posted on Twitter. “But 2023 will give us the opportunity to showcase the very best of Britain on the world stage, defending freedom and democracy wherever we find it under threat,” he added.

Just as the UK and the world as a whole “recovered from an unprecedented global pandemic,” the PM went on, “Russia launched a barbaric and illegal invasion across Ukraine.” The ongoing conflict has had a “profound economic impact”worldwide, and Britain is by no means “immune” to it, Sunak stated.

“Now, I know many of you have felt that impact at home. That’s why this government has taken difficult but fair decisions to get borrowing and debt under control. And it’s because of those decisions that we’ve been able to help the most vulnerable with the rising cost of energy bills,” the PM claimed.

Sunak, who took the reins at the end of October after the short-lived tenure of Liz Truss, has faced a multitude of assorted challenges, ranging from ballooning inflation and soaring energy costs to massive strikes by public sector workers demanding salary hikes. The new PM himself has singled out skyrocketing inflation as one of Britain’s key economic problems, pledging to make tackling it one of his priorities.