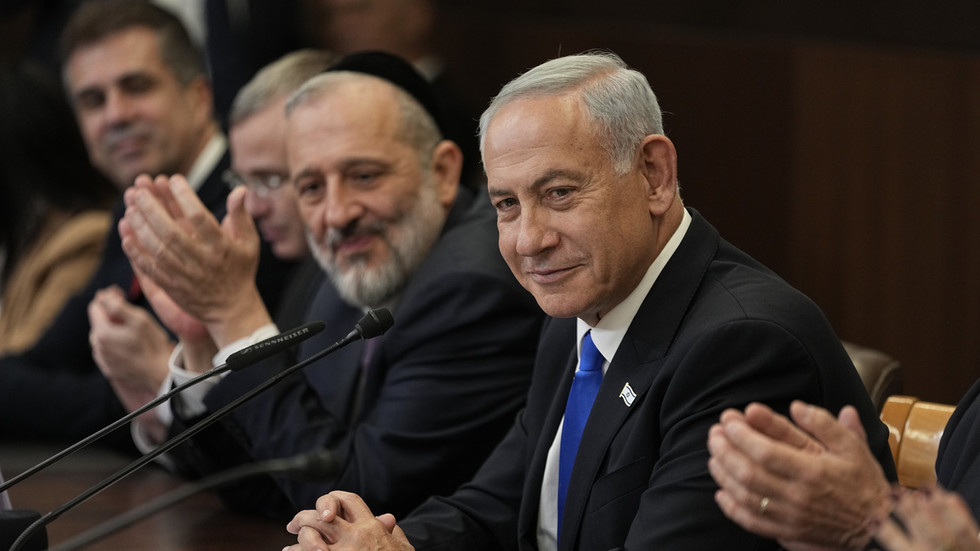 The Palestinian Foreign Ministry has called on world leaders to “reject all dealings” with Israeli Prime Minister Benjamin Netanyahu’s new government. The call comes in response to a policy document in which Netanyahu promised to expand Jewish settlements on Palestinian land.

“The State of Palestine rejects the annexationist, violent, racist, and incitement to ethnic cleansing policy guidelines of Israel’s new government,” the ministry said in a statement on Thursday night, adding that it considers “this agenda an existential threat to the Palestinian people and their inalienable and inviolable rights.”

The international community must carry out its responsibilities and reject any dealings with a government committed to carrying out international crimes, including annexation, political persecution and racial discrimination,” the statement continued.

Netanyahu – who had already spent five terms in office from 1996 to 1999 and 2009 to 2021 – was sworn in again on Thursday. His Likud party is the senior partner in a coalition of nationalist and Orthodox Jewish factions, which has been described in the media as Israel’s most right-wing government in history.

On Wednesday, Netanyahu published his government’s guiding principles – a public statement of his intent in office.

According to a translated version published by the Times of Israel, these principles include a declaration of the Jewish people’s “exclusive and inalienable right to all parts of the Land of Israel,” including the disputed Golan Heights and the region of Judea and Samaria, which encompasses the entirety of the West Bank, claimed by Palestine yet occupied by Israel since 1967.

Netanyahu’s government “will promote and develop the settlement of” these territories, while specifically leading “a wave of settlement, development and promotion of initiatives” in the Golan Heights, the document states.

The United Nations and a majority of its members consider Israel’s building of Jewish settlements in these lands to be illegal.

The guidelines also include promises to “strengthen” Israel’s security forces, to step up policing of Arab communities, and to “continue the struggle against Iran’s nuclear program.” The document makes no mention of the peace process with the Palestinian Authority, stating instead that Israel will “promote peace with all our neighbours while preserving Israel’s security, historical and national interests.”

Defense Minister Benny Gantz told a class of graduating Israeli Air Force cadets on Wednesday, boasting that the country had “significantly increased its preparedness in recent years and is preparing for the possibility of an attack on Iran.”

Israel's far right national security minister Itamar Ben-Gvir declares that the revered site is open to all Christians, Muslims and...