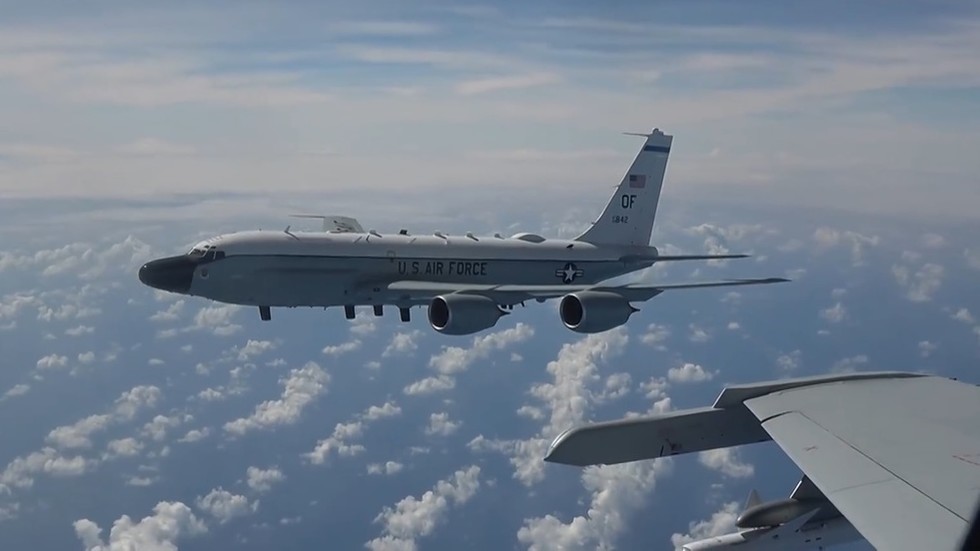 Washington’s account of last week’s air incident over the South China Sea, involving a Chinese military jet and a US spy plane, disregards the truth and is “pure slander and hype,” the Defense Ministry in Beijing has said.

On Friday, the US Indo-Pacific Command claimed that a Chinese J-11 fighter approached a US Air Force RC-135 reconnaissance aircraft to within six meters, and that this “unsafe” move forced the American pilot to perform an evasive manoeuvre. It also published a video of the December 21 incident, showing the two aircraft flying close to each other.

Chinese Defense Ministry spokesman Tian Julin rejected the US accusations late on Saturday, claiming that, actually, it was the American plane that was carrying out “dangerous manoeuvres.”

“The US side intentionally misled the public, called black white, blamed [this] on China while [the US] itself is to be blamed and attempted to confuse international opinion,” he said.

The Chinese pilot performed professional and standard action in line with all laws and regulations, the spokesman insisted. But, despite multiple warnings, the US aircraft suddenly altered its flight stance, jeopardizing the Chinese jet’s flight safety, he added.

The Defense Ministry also published footage of the incident taken from the Chinese jet. According to China’s state-run Global Times paper, the clip “showed the US RC-135 intentionally altered its flight stance in a dangerous approach toward the Chinese aircraft.”

The US insists that its warships and planes have been carrying out lawful patrol missions in international waters and airspace in the South China Sea, and will continue to do so.

But Beijing – which views most of the South China Sea as part of its own territory despite overlapping claims by Vietnam, the Philippines, Malaysia, Taiwan and Brunei – has been regarding the operation of US forces in the area as provocation and an infringement of its sovereignty.