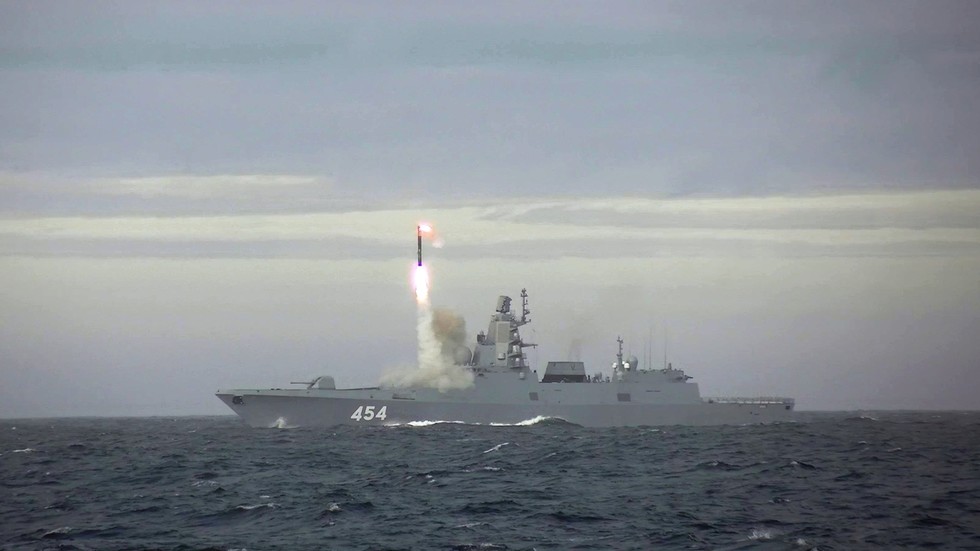 Russian President Vladimir Putin oversaw the ceremony on Wednesday via video link, declaring that the Zircon missile was a “unique weapon” and that “no other country has anything comparable.”

“I am sure that such a powerful armament will allow us to steadfastly defend Russia from potential foreign threats. It will help to maintain the national interests of our country,” Putin stated.

Russia sees the weapons as a way to pierce increasingly sophisticated U.S. missile defences which Putin has warned could one day shoot down Russian nuclear missiles.

According to Defense Minister Sergey Shoigu, the frigate will conduct “a voyage in the Atlantic and Indian Oceans, as well as the Mediterranean Sea.” a signal to the West that Russia will not back down over the conflict in Ukraine.

“A ship fitted with Zircons is capable of carrying out high-precision and powerful strikes on the enemy at sea and on land,” Shoigu said. “The unique feature of Zircon hypersonic missiles is their guaranteed ability to bypass any existing or prospective air defense systems.”

Shoigu added that the missiles have a range of more than 1,000 kilometers (621 miles). Russia, China and the United States are in a race to develop hypersonic weapons which are seen as a way to gain an edge over any adversary because of their speeds – above five times the speed of sound – and manoeuvrability.

Shoigu said the hypersonic missiles could overcome any missile defence system. The missiles fly at nine times the speed of sound and have a range of over 1,000 km, Shoigu said.

The main tasks of the voyage were to counter threats to Russia and to maintain “regional peace and stability jointly with friendly countries”, Shoigu said.

A U.S. Congressional Research Service report on hypersonic weapons says that Russian and Chinese hypersonic missiles are designed to be used with nuclear warheads.

The frigate first joined Russia’s Northern Fleet in 2018. Onboard  trials of the Zircon began in 2020 and were concluded last year.

Next post Pope Emeritus Died of a Broken Heart