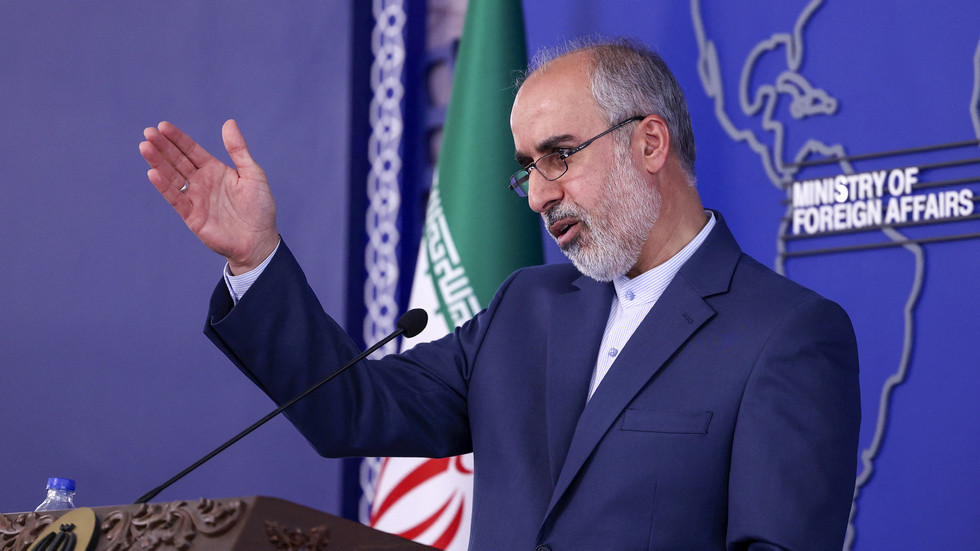 The Iranian Foreign Ministry has summoned Paris’ ambassador to the country over cartoons in a French magazine that insulted both the supreme leader, Ayatollah Ali Khamenei, and the nation’s religious practices. Though the ministry did not name the magazine, it was apparently referring to Charlie Hebdo, which is notorious for satirical attacks on Islam.

In a statement on Wednesday, Foreign Ministry spokesman Nasser Kanaani said Ambassador Nicolas Roche had been summoned and that a “a strong protest” had been filed with the French government. He added that Tehran would not “accept any insult to Islamic as well as its national and religious values.”

France has no right to “justify insult to the sanctities of other nations and Islamic countries under the pretext of freedom of speech,” he said, and that Iran believes the French government shares responsibility for such “disgusting, sacrilegious and unjustified moves.”

Translated from the French it’s me or it smells like feet?!

Kanaani stated that Iran reserves the right to give “an appropriate response” while handing the French ambassador an official note of protest. Roche said he would convey Tehran’s position to Paris, the statement read.

On Thursday, Iran’s Foreign Ministry also announced that it would review the nation’s existing cultural ties with France. It said the “first step” would be to shut down the activity of the French Institute for Research in Iran, a Tehran-based establishment that focuses on archeological and historical studies.

The diplomatic admonishment comes after Charlie Hebdo published dozens of caricatures on Wednesday mocking Khamenei, which had been selected as part of a contest launched by the magazine last month to “support the struggle of Iranians who fight for their freedom.”

The publication a special issue on newsstands, titled “Mullahs, go back to where you come from” and dedicated precisely to Iran, also commemorates the eighth anniversary of the Charlie Hebdo newsroom bombing, which took place on January 7, 2015, costing the lives of 12 people. . The magazine was targeted after publishing controversial satirical cartoons of the Prophet Mohammed.

In December, Iran imposed a raft of sanctions on European individuals and entities, including Charlie Hebdo, claiming they had been engaged in meddling in the country’s internal affairs and supporting the recent violent riots over the death of 22-year-old woman Mahsa Amini.

Amini was arrested by Iran’s morality police over an “improper” hijab and passed away hours later. Her family insists that she was beaten to death in custody, while the Iranian authorities claim that she died due to a medical condition.