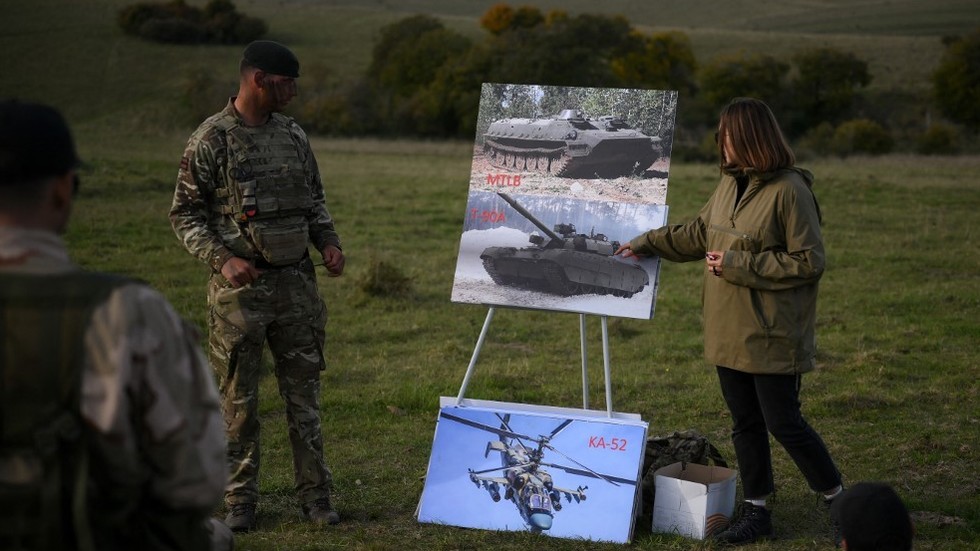 Prevail Partners a UK private military company linked to terrorism in Ukraine is providing the British military with illegally-gathered smartphone data to aid the planning of attacks and targeted killings, The Grayzone reported on Tuesday.

According to files leaked to the outlet, the British Defence Intelligence Agency (DIA) is making use of data illegally harvested from cell phones in Russia and Ukraine by spy firm Anomaly 6’s technology to monitor and track the movements of Russian military and intelligence personnel in real-time, on both a group and individual basis enabling “the planning of military offensives and artillery attacks, assassinations, asset recruitment, and other measures.”

Previous reporting by the Grayzone revealed that Anomaly 6 employees know their data scraping operation – which can target any smartphone in the world through code surreptitiously embedded in popular apps – is illegal. Britain’s military and intelligence apparatus would be forbidden from gathering this data themselves, but according to the latest report, the Anomaly 6 data is forwarded to them by Prevail Partners.

This arrangement allows the government to bypass oversight and “to gain a realtime/near realtime understanding of the disposition” of Russian “troops, equipment, and lethal materials,” which can then be fed to Kiev. While the US has stated that it limits its intelligence sharing with Ukraine, the UK has not acknowledged any restrictions on the data it hands over.

The unreliable nature of some of this smartphone data, coupled with the Ukrainian military’s willingness to execute so-called “collaborators,” could link London to “crimes against humanity” committed by Kiev against civilians, The Grayzone stated.

Prevail Partners has been implicated in helping the Security Service of Ukraine (SBU) to build an off-the-books “terror army.” One of its founding members allegedly helped draw up plans for the UK to bomb the Crimean Bridge, shortly before it was damaged in a blast in September that killed four civilians.

Moscow accused the UK of involvement in “[the] training, preparation and execution” of the bridge bombing, and responded to the attack with repeated waves of missile and drone strikes against Ukrainian infrastructure and military targets.

Last December, Prime Minister Rishi Sunak demanded an audit of the progress of the war in Ukraine. The request raised intense fears within Whitehall that the new premier could emulate and thus exacerbate the “caution” of the Biden administration. A nameless source revealed to the BBC at the time London had “stiffened the US resolve at all levels,” via “pressure.”

“We don’t want Rishi to reinforce Biden’s caution. We want him to [keep] pushing in the way Boris did,” they explained.

Senior British military-intelligence veteran Chris Donnelly echoed this perspective in a chilling email sent to Brigadier Julian Buczacki of the British Army’s elite 1st Intelligence, Surveillance and Reconnaissance Brigade that oversees the SAS just hours after the Kerch Bridge assault. Donnelly was the mastermind behind that attack, directing his operatives to draw up blueprints for it.

The latest revelations raise “the question of how Britain can plausibly claim not to be a formal belligerent in the war,”author Kit Klarenberg wrote on Twitter.

Ukraine’s assassination of Daria Dugina, its destruction of the Crimean Bridge, and attempted murder of Russian State Space Corporation leaders Dmitry Rogozin and Artyom Melnikov may have all been made possible by Anomaly 6’s software and Prevail Partners’ links to the British government, he claimed in the article.