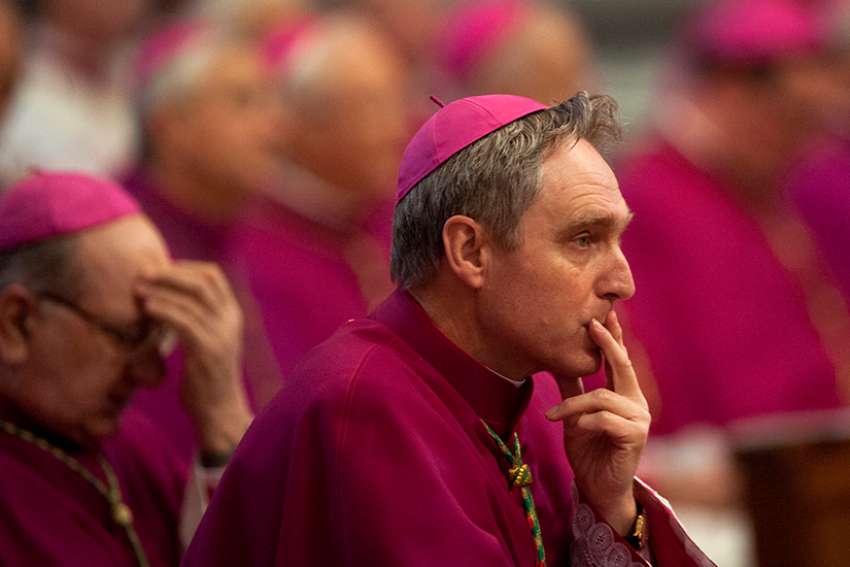 The private secretary and close confidant of the late Pope Benedict XVI, Archbishop Georg Gänswein has told Guido Horst, chief editor of Die Tagespost, a German Catholic newspaper in an undated interview that the late pope who died at the age of 95 on December 31 had his heart broken by restrictions on the Old Rite a form of liturgy dating from 1570.

“New curbs on the Traditional Latin Mass broke Pope Benedict’s heart”, according to him. Benedict had lifted many of the restrictions on the celebration of the Old Rite, or Tridentine Rite, with Summorum Pontificum, a motu proprio of 2007 seeking to unify a divided Church by permitting liturgies in the “Extraordinary Form” and re-introduce the beauty and mystery sometimes missing in many celebrations of Mass in the Ordinary Form (the New Rite).

In the summer of 2021, his reforms were largely repealed by Pope Francis in the motu proprio Traditiones Custodes, and in December of that year by a Responsa ad dubia issued by Yorkshire-born Cardinal Arthur Roche, the newly-appointed prefect of the Congregation for Divine Worship and the Sacraments, which added further restrictions.

Francis said then that he was reversing his predecessor’ decision because Benedict’s reform had become a source of division in the church and was being exploited by Catholics opposed to the Second Vatican Council, the 1960s meetings that modernised the church and its liturgy.

Weeks before Benedict died Pope Francis had doubled down on his checks of the Latin Mass, forbidding the celebration of some sacraments according to the ancient rite in his latest salvo against conservatives and traditionalists.

“As pastors we must not lend ourselves to sterile polemics, capable only of creating division, in which the ritual itself is often exploited by ideological viewpoints,” said the prefect of the Vatican’s liturgy office, Archbishop Arthur Roche, in an introductory note to the world’s bishops.

Francis’ crackdown on the old Mass has outraged his conservative critics, many of whom have gone so far to accuse him of heresy and watering down Catholic doctrine with his focus on the environment, social justice and migrants. Francis says he preaches the Gospel and what Jesus taught and has defended the restrictions by saying they actually reflect Benedict’s original goal while curbing the way his 2007 concession had been exploited for ideological ends.

“It hit him pretty hard,” said the archbishop. “I believe it broke Pope Benedict’s heart to read the new motu proprio because his intention had been to help those who simply found a home in the Old Mass to find inner peace, to find liturgical peace, in order to draw them away from [the schism of Marcel] Lefebvre.

“And if you think about how many centuries the Old Mass was the source of spiritual life and nourishment for many people, including many saints, it’s impossible to imagine that it no longer has anything to offer.”

He added: “Let’s not forget that many young people who were born long after Vatican II and who don’t really understand all the drama surrounding the Council, that these young people, knowing the New Mass, have nevertheless found a spiritual home, a spiritual treasure, in the Old Mass as well.”

Traditionis Custodes did not prohibit liturgies celebrated according to the 1962 books, but set limitations on the celebration of the traditional Latin Mass by rescinding the universal access granted by Pope Benedict.

Pope Francis stated instead that diocesan bishops possessed the “exclusive competence” to authorise the use of Mass celebrated in accordance with the Roman Missal of 1962.

The Responsa further suggested, however, that it is illicit to use the missal to celebrate other liturgies or sacraments including marriages and confirmations.

Many exorcists choose to exercise their ministry using prayers from the 1962 missal because they find that Latin is more effective in deliverance.

Pope Benedict will be buried Thursday according to his wishes in the same spot in the crypts under St. Peter’s Basilica where Pope John Paul II was originally interred in 2005 before his body was moved up to a chapel in the basilica in 2011.