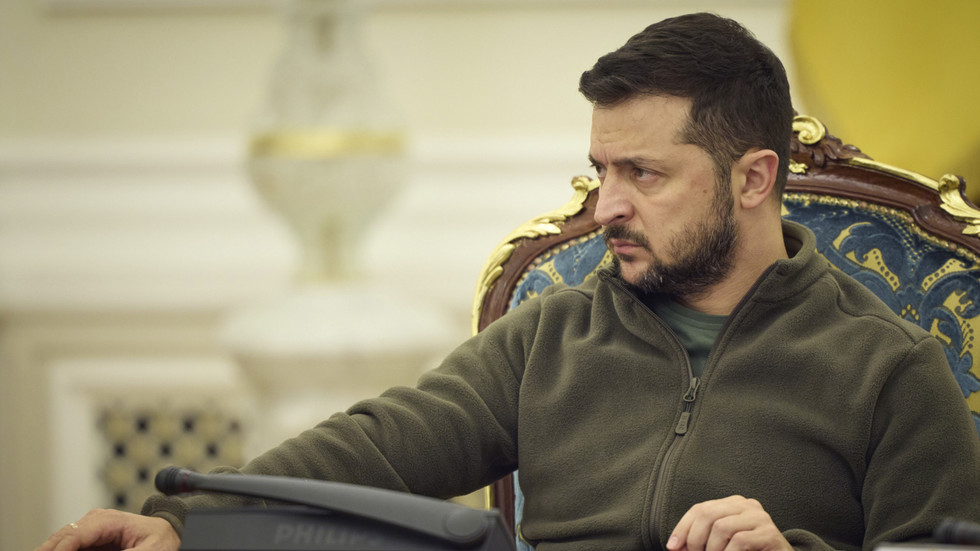 Ukrainian President Vladimir Zelensky said on Thursday that the Christmas cessation of hostilities offered by Russia was merely a ruse to improve Moscow’s standing on the battlefield, calling on Russians to overthrow their government instead.

In a video message to Ukrainians, Zelensky said he had offered a “peace plan” to Moscow in December, starting with the withdrawal of all Russian troops from territories claimed by Kiev on Christmas.

“Now they want to use Christmas as cover, to stop the advance of our boys in Donbass for a bit and bring up their equipment, ammunition and mobilized [troops] to the front,” Zelensky said, claiming this will only result in more Russian casualties.

Kiev’s troops have made no advances in Donbass for the past several weeks. The few reports coming from the embattled city of Bakhmut/Artyomovsk speak of high casualties among Ukrainian soldiers.

“Everyone in the world knows how the Kremlin uses ceasefires to continue the war with renewed vigor,” Zelensky said in the video message. What is needed for the conflict to end, he argued, is to overthrow President Vladimir Putin.

Russian Armed Forces will introduce the ceasefire along the entire combat engagement line in the special military operation zone in Ukraine from noon Moscow time on January 6 until midnight on January 7. with consideration of the address by His Holiness Patriarch Kirill of Moscow to allow Ukrainian and Russian Donbass celebrate Christmas.

Meanwhile, US President Joe Biden and German Chancellor Olaf Scholz have confirmed reports that they will donate infantry fighting vehicles to Ukraine. The news comes a day after France announced that if would send Western-designed ‘light tanks’ to Kiev.

“Both countries plan to train Ukrainian forces on the respective systems,” the statement continued.

It remains unclear how many of each type of vehicle will be sent to Ukraine and when they will be delivered.

Earlier on Thursday, Germany’s Sueddeutsche Zeitung newspaper reported that such an announcement was imminent, and that Berlin’s decision to ship the Marders to Ukraine had been made in coordination with the US and France.

France announced on Wednesday that it would send an undisclosed number of its own AMX-10 armored fighting vehicles to Ukraine, with a government spokesman declaring that “it is the first time that Western-designed tanks are supplied to the Ukrainian armed forces.”

Although the Bradley, Marder, and AMX-10 vehicles are sometimes referred to as “light tanks,” the former two are more commonly called infantry fighting vehicles, and the latter armored fighting vehicles. No NATO countries have suggested that they plan on supplying Ukraine with western-built main battle tanks, and an unnamed American official on Wednesday explicitly ruled out the transfer of the US M1 Abrams tanks to Kiev, according to the Washington Post.

Nevertheless, the US, Germany, and France have all supplied Ukraine with increasingly heavy weapons since the beginning of Russia’s military operation there last February. Moscow has cautioned the West against arming Ukraine, warning that it treats incoming arms deliveries as targets, and that such shipments will serve only to prolong the conflict, whilst making Western nations de-facto participants.