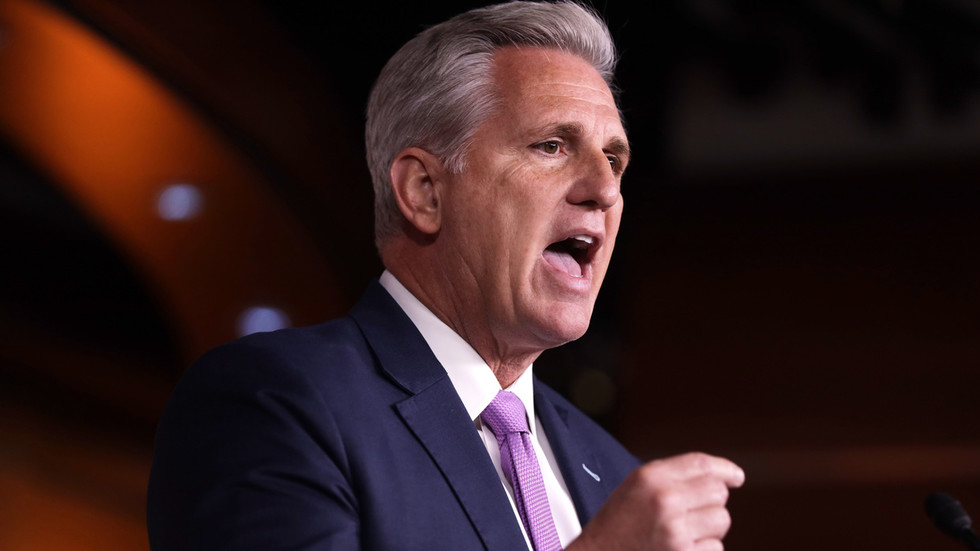 The US House of Representatives has appointed a new speaker following 15 separate votes, with GOP Majority Leader Kevin McCarthy now set to fill the position after a days-long battle with insurgent Republicans.

While McCarthy lost out on the 14th vote on Friday night and the House appeared to be headed into the weekend without a speaker, Republicans pressed for yet another ballot in a last-minute decision. After gaining the support of more than a dozen fellow GOP members who had voted for other candidates, the California lawmaker finally secured a majority vote in the early hours of Saturday morning.

Representative Matt Gaetz of Florida was the sole GOP member standing in McCarthy’s way before the final vote, leading a group of 20 insurgent Republicans under the pro-Trump Freedom Caucus during this week’s speaker votes. The lawmakers argued that McCarthy is too willing to capitulate to Democrats and represents years of bad policy-making, obstructing him from taking the speaker position for four days of balloting.

Republicans who held up the election of the speaker said they wanted to reduce the power of the speaker’s office and give rank-and-file lawmakers more influence over the creation and passage of legislation.

McCarthy acceded to several of the right-wing lawmakers’ demands, including allowing a single member to call for a snap internal House election to vacate the speakership if they don’t approve of his legislative policies or the way he is overseeing the chamber.

He has also promised them key committee assignments and full House votes on some of their legislative priorities, such as imposing term limits on lawmakers and stronger border controls to curb undocumented migrants from entering the U.S. across the southwestern border with Mexico.

Democrats unified around New York Rep. Hakeem Jeffries, who received 212 votes on the last attempt, leaving a small group of Republicans to cast the deciding ballots. Democratic lawmaker and progressive stalwart Alexandria Ocasio-Cortez recently floated the somewhat unprecedented idea of a “coalition government,” proposing that McCarthy may have to seek Democratic support to overcome his GOP critics and secure the speaker role – typically a partisan appointment.

Senate Majority Leader Chuck Schumer, a Democrat warned, however, in a statement that “McCarthy’s dream job could turn into a nightmare for the American people.” Schumer said that for McCarthy to get the needed number of votes, “he surrendered to demands of a fringe element of the Republican party.”

Schumer said, “Kevin McCarthy’s concessions to the extremists in his party make it far more likely that the MAGA Republican controlled House will cause a government shutdown or a default with devastating consequences to our country.”

With voting kicking off on Tuesday, the GOP stalemate resulted in a highly unusual scenario for Congress. The last time the body went beyond a single round of voting to fill the speaker role came 100 years ago, in 1923, when nine ballots were required to appoint Republican Frederick Gillett.

Without a speaker, lawmakers were unable to be sworn into office, and Congress could not officially begin its next session, making the vote vital for the legislature to function properly into the new year.