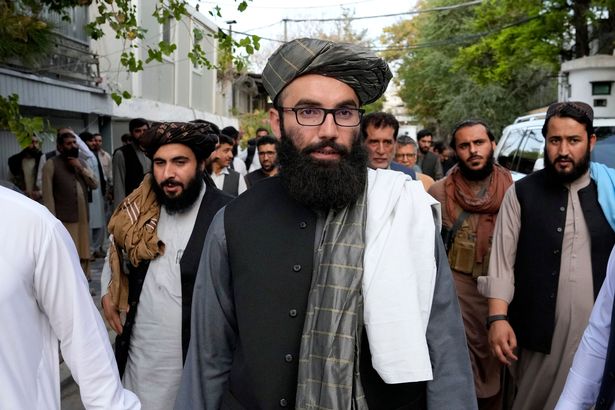 Prince Harry’s boast of killing 25 Taliban fighters has outraged the militant group, leading some to dare the man they call a “big mouth loser” to come back to Afghanistan and say it to their faces.

Taliban commander Molavi Agha Gol argued the Islamic fundamentalist group had ultimately triumphed in the war against much wealthier and better-equipped enemies, while the British royal – whom he called a “big mouth loser who has been trying to get attention” – had “fled to his grandmother’s palace,” the Daily Mail reported on Friday.

Gol suggested the prince had invented his kills, and was “scared to go to a combat zone.”

“If he is a real man… come to Afghanistan again,” the militant said.

Prince Harry’s dehumanizing description of slain Afghans as “chess pieces removed from the board” and “bad guys eliminated” appears to have especially rankled the Taliban.

“Pieces of chess are now in power and he’s struggling to maintain his place within his own family,” an official with the Taliban’s Ministry for the Propagation of Virtue and the Prevention of Vice said.

A spokesman for the Afghan foreign ministry characterized the royal’s comments as “a microcosm of the trauma experienced by Afghans at the hands of occupation forces who murdered innocents without any accountability,” describing the 20-year war as “truly an odious moment in human history” in a statement released on Friday.

Anas Haqqani, another Taliban official, reminded the prince that “the ones you killed were not chess pieces, they had families who were waiting for their return,” while sarcastically commending his “decency” at confessing his own “war crimes.”

The Taliban were not alone in dumping on the royal, however. Including the details of his military engagements in his tell-all memoir was “a betrayal of the people he fought alongside,” former British Army Colonel Richard Kemp said on Thursday, while former Royal Marine Ben McBean more told the prince to “shut up.”

The comments have not just damaged the prince’s reputation, Kemp told the Sun, they have “undermined his personal security” as well – and the security of British soldiers stationed around the world.

Prince Harry flew an Apache helicopter in Afghanistan during his 2012-2013 tour of duty, supposedly killing 25 Taliban fighters during six engagements. He explained that he was taught to “other” the enemy because “you can’t kill people if you see them as people.”