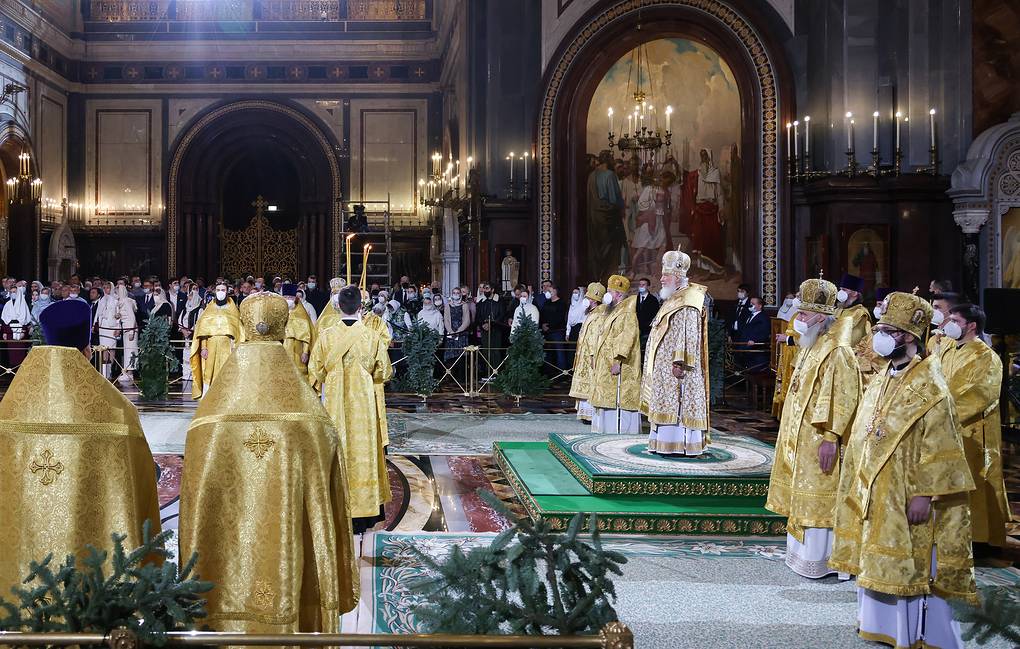 On January 7, Orthodox Christians around the world celebrate one of the most important holidays: the Nativity of Jesus.On January 7, Christmas is celebrated by the Russian, Georgian, Jerusalemite, Polish and Serbian Orthodox churches, the Athos monasteries in Greece, as well as the Eastern Catholic Church and the Old Believers. The Roman Catholic, Protestant and ten Orthodox churches (including the Church of Antioch, the Church of Alexandria, the Church of Cyprus, the Bulgarian Church, and others) mark the date earlier, on December 25. The reason is different denominations adhere to different calendars: Julian or Gregorian.

In the 2nd-4th centuries, the Nativity of Christ was celebrated on the same day as the Baptism of the Lord under one name Epiphany — January 6, according to the Julian calendar (old style). In the first half of the 4th century, Christmas and Epiphany in the Western church were separated. The Nativity of Christ began to be celebrated on December 25. The date was set intentionally to supplant the Roman Empire’s pagan holidays: Sol Invictus (Unconquered Sun) and Saturnalia (a holiday in honor of the god Saturn). In this way the Church sought to create a counterbalance to the pagan cult.

In the second half of the 4th century, the Eastern church also moved Christmas to December 25. For the first time, separate celebrations on the occasion of the Nativity of Christ and the Baptism of the Lord were introduced in Constantinople around 377 A.D. on orders from Emperor Arcadius.

In 1582, Pope Gregory XIII introduced a new chronology system called the Gregorian calendar (new style), thus correcting the increasing desynchronization between the Julian calendar and the astronomical year. All permanent holidays, including Christmas on December 25, were added to the new calendar. A number of churches, including the Russian Orthodox Church, continued to use the Julian calendar, while Christmas was marked on December 25.

Until 1917, Christmas had been one of the official holidays in the Russian Empire. December 25 and 26 were non-working days. December 25 was also the day of Russia’s victory in the Patriotic War of 1812 against the Napoleonic invasion.

All the attributes of the Christmas holiday were associated with the Christian religion. The Christmas tree was decorated with figurines of angels, shepherds, bells, and so on. The stars, candles and lanterns served as reminders of the Star of Bethlehem and the lights that had shone for the pilgrims who came to pay homage to the newborn Christ. Gifts for all family members (the Gifts of the Magi) were placed under the Christmas tree, and 12 dishes were put on the festive table (according to the number of the holy apostles).

Not merry. A building in Donetsk damaged by Ukrainian shelling on January 4, 2023. ©  RIA Novosti

The Christmas tree tradition was interrupted by World War I. In 1915, German POWs, kept at a hospital in Saratov, arranged a Christmas party, consequently triggering an outburst of fury from Russian dailies. As a result, Emperor Nicholas II prohibited the custom of decorating trees for Christmas.

After the October Revolution of 1917, the ban was lifted, and in December of the same year, a public Christmas tree was installed at the Mikhailovsky Artillery School in Petrograd.

On January 24, 1918, the Council of People’s Commissars (Russia’s government at that time) adopted a decree on the introduction of the Gregorian calendar in Russia. Then Chairman of the Council of People’s Commissars Vladimir Lenin signed it into law on January 26, 1918. The Russian Orthodox Church did not recognize these reforms and continued to follow the Julian calendar. Orthodox Christmas began to be celebrated on January 7, which corresponds to December 25 according to the Julian calendar.

In 1918, the All-Russia Central Executive Committee removed the Nativity of Christ from the list of public holidays and canceled the day off. In the mid-1920s, the country saw a massive anti-religious campaign. In 1929, the Council of People’s Commissars prohibited Christmas celebrations. Official New Year parties were also outlawed, only to be revived in the 1930s. The Christmas tree and related festive events became invariable attributes of Soviet-style New Year customs and traditions. The star of Bethlehem was replaced by a five-pointed red star and Christmas figures gave way to Kremlin towers, airships, space satellites, sheaves of wheat, ears of corn and other decorations.

Christmas had not been celebrated in Russia until the 1990s. On December 27, 1990, the Supreme Council of the RSFSR “in connection with a request by Patriarch Alexy II, of Moscow and All Russia, and in a gesture of respect for the religious feelings of believers” ruled to consider January 7 a public holiday and a day off. The official holiday status was enshrined in a special legal act dated September 25, 1992.

In 1992, Russian President Boris Yeltsin for the first time attended a festive night service, which Patriarch Alexy II held at the Nativity of Christ church in the Izmailovo neighborhood. In 1995, the ceremony of laying the foundation stone of the Cathedral of Christ the Savior and its consecration was timed to coincide with the holiday. The Cathedral eventually became the center of Christmas celebrations.

The holiday is preceded by a strict 40-day fast, which lasts from November 28 to January 6.

On Christmas Eve, the festive liturgy is served in all churches. At the end of the service, a lighted candle, symbolizing the Star of Bethlehem, is brought out and placed in the middle of the church.

Christmas kicks off a 12-day season commonly referred to as Christmastide or Yuletide. According to the Orthodox canons, believers should offer prayers glorifying Jesus Christ. In the folk tradition, Christmastide has always been a time of festivities, outdoor games and performances by mummers, fortune-telling, as well as caroling.

The Christmas period ends with the feast of the Epiphany on January 19.

The Kiev troops bombarded the territory of the Donetsk People’s Republic (DPR) firing 102 shells of various calibers over the past day, the DPR mission to the Joint Control and Coordination Center on Ukraine’s War Crimes reported on Saturday.

According to the mission, Donetsk, Golmovsky and Yasinovataya were under the fire. There were no reported casualties among civilians, while one civilian infrastructure facility was damaged as a result of the shelling.

On Thursday, the Kremlin press service reported that Russian President Vladimir Putin instructed that a ceasefire be imposed along the entire line of contact in the zone of the special military operation from 12:00 on January 6 until 24:00 on January 7.