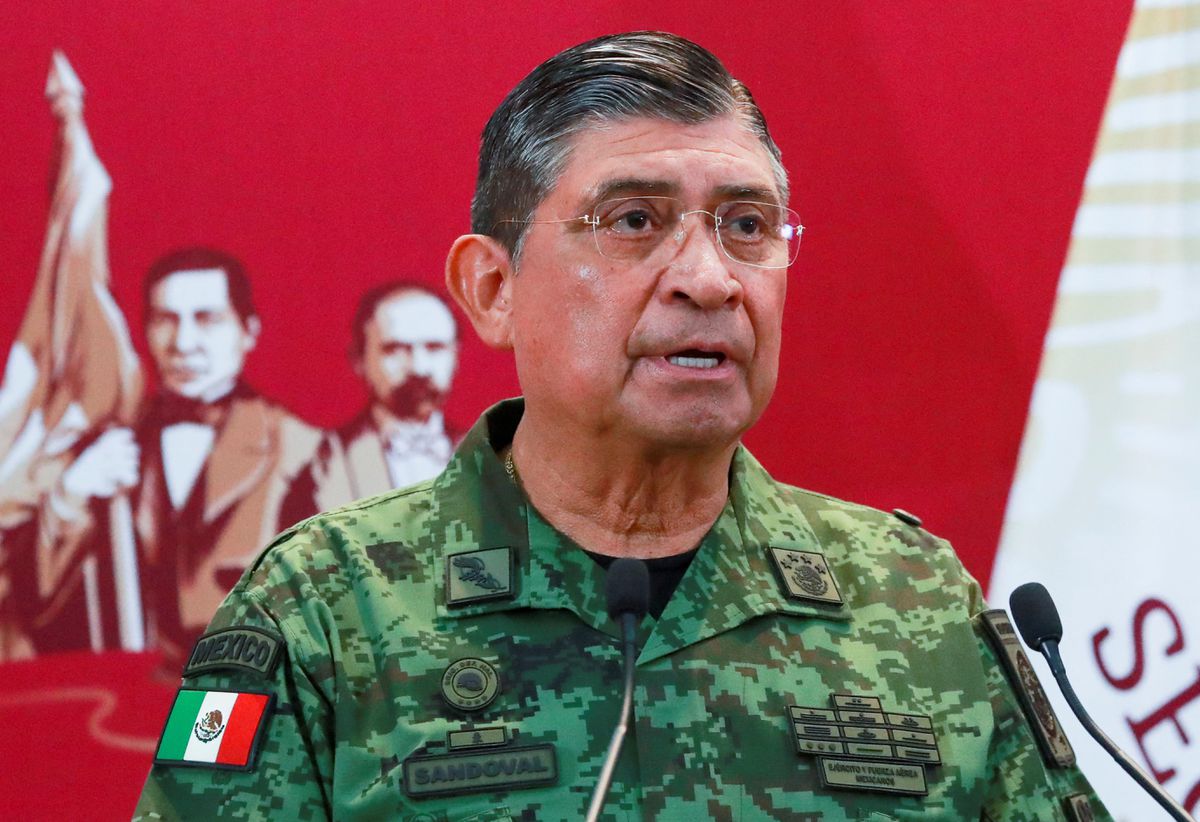 Guzman was extracted by helicopter from the house where he was caught and flown to Mexico City, before being taken to a maximum security federal prison, Sandoval added.

The arrest spurred the powerful Sinaloa Cartel – once headed by El Chapo himself – to go on a rampage, setting vehicles on fire, blocking roads, and fighting security forces in and around Culiacan, the capital of Sinaloa.

Twenty-one other people were arrested during Thursday’s operations, Sandoval told a news conference, adding there were no reports of any civilian deaths.

President Andres Manuel Lopez Obrador said there were no immediate plans to extradite Ovidio to the United States, where his father is in a maximum security prison after being extradited in 2017 and found guilty in a New York court.

“The elements (of the case) have to be presented and the judges in Mexico decide,” the president said. “It is a process…It is not just the request.” No U.S forces had assisted in Ovidio’s capture, Lopez Obrador said.

His latest capture comes before a North American leaders’ summit in Mexico City next week, which U.S. President Joe Biden will attend. Cooperation over security is due to be on the agenda.

The United States has sought Guzman’s extradition for years.

In 2021, the State Department announced a $5 million reward for information leading to his arrest and conviction.

The State Department also said information indicated he had ordered multiple murders, including that of a popular Mexican singer who had refused to perform at his wedding.

Surging flows of the synthetic opioid fentanyl into the United States, where it has fueled record overdose deaths, have heightened pressure to capture Guzman.

The U.S. Drug Enforcement Administration considers the Sinaloa Cartel, along with one other gang, to be responsible for most of the fentanyl inside the United States.