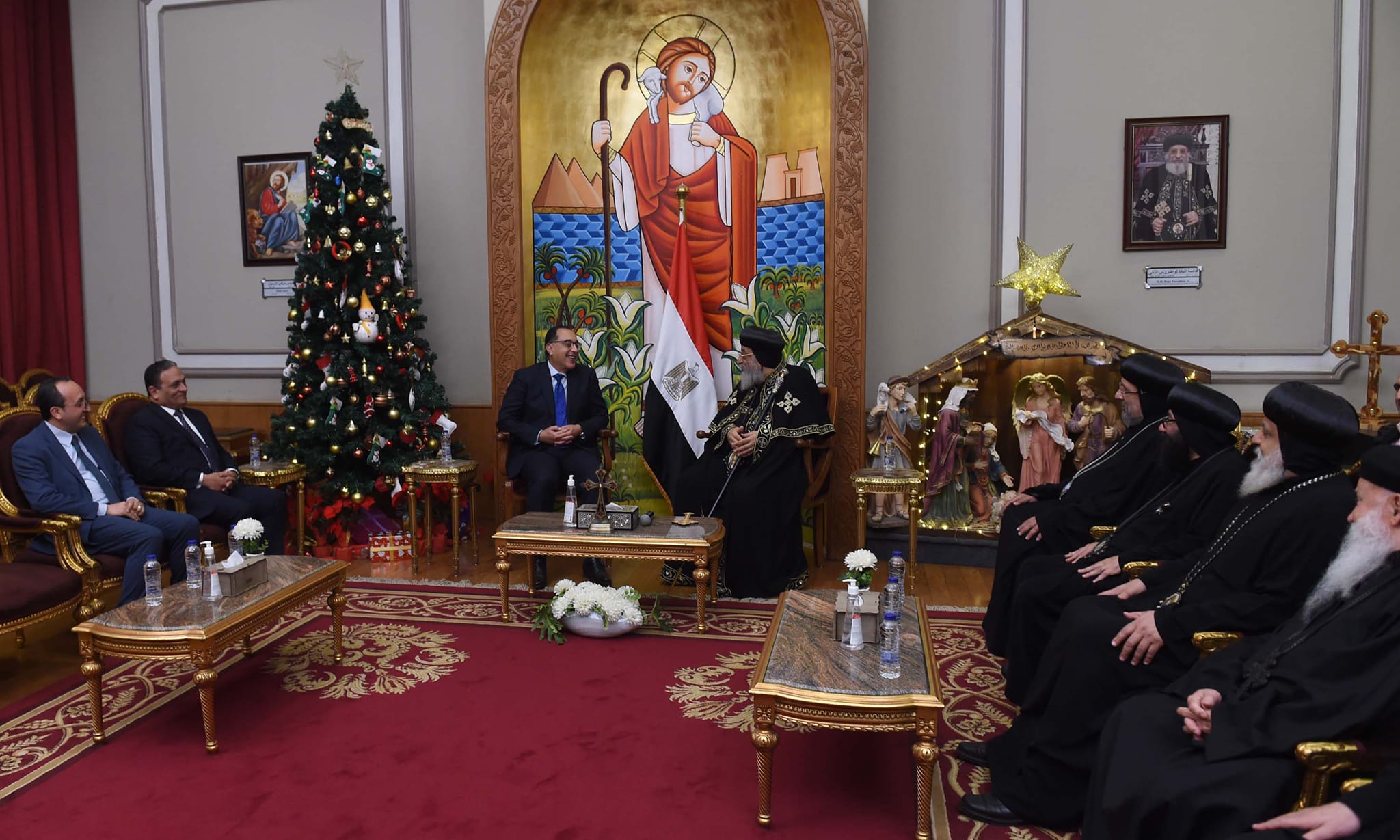 President Abdel-Fattah El-Sisi greeted the Egyptian people on Christmas, which is celebrated by Coptic Orthodox Egyptians on 7 January.

“As we celebrate Coptic Christmas, I would like to offer my best wishes to the people of Egypt and our nation. This occasion is a reminder to stay united by the love we have for our nation,” the president tweeted on Friday.

Pope Tawadros II of Alexandria and Patriarch of St. Mark Diocese leading Christmas Eve Mass at the at the Cathedral of the Nativity of Christ in the New Administrative Capital

“We will not deviate from humanitarian coexistence and the deep rooted belief in the unity of the nation and humanity.”

“This is an opportunity to be re-inspired by the teachings of Jesus about love, tolerance, forgiveness and benevolence,” he added.

“I wish you all peace and may Egypt always remain safe,” El-Sisi concluded his message.

Ethiopian PM Abiy Ahmed has conveyed his Christmas message. In a letter he released, he shared his theological view of the birth of Christ and what it means to a man.

The rest of his message focused on “forgiveness” in the context of the situation in the country. He related division-based political activity and conflict to the works of Ethiopia’s enemies.

“We need to pose and think,” he said. “The way for the new Ethiopia is enough for all and even excess. We need to have a new identity and be born again.”

Coptic Orthodox Egyptians, who make up 90 percent of the country’s Christian population, celebrate Christmas on 7 January according to the Julian Calendar.

Smaller Egyptian Christian denominations – such as Catholics and Evangelicals – celebrate Christmas on 25 December, according to the Gregorian Calendar.

Coptic Christmas was declared a public holiday in Egypt in 2003.

This year, the government announced that Sunday, 8 January will be a paid day off for public and private sector workers on the occasion of Coptic Christmas.

The Ethiopian church, which is rooted to the history of the country with its 2000 years history, has been experiencing challenges from state and non-state actors in recent years. Last week, religious leaders from other faith groups asked apology for recent insult from the Protestant quarter.

“Our Lord Jesus Christ’s birth is the foundation of love and humility and we have to live it by loving one another,” His Holiness Patriarch Abune Mathias of the Ethiopian Orthodox Church and Archbishop of Axum  said in his Christmas message.