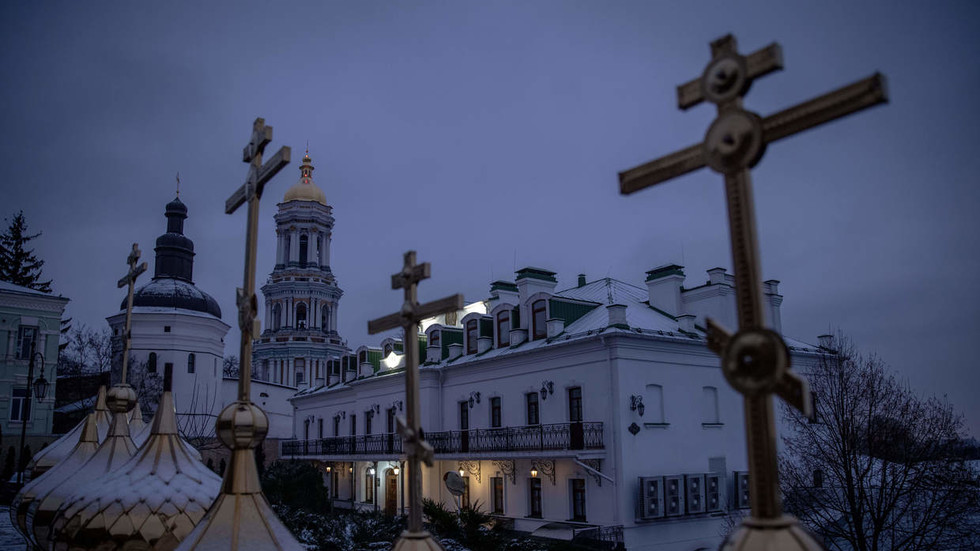 The presidential decree targeting the clerics was purportedly signed by Zelensky in late December but has not been published officially, since it contains the personal data of the priests whose citizenship was being revoked.

Later in the day, however, the newspaper circulated a list of the affected individuals. For instance, it includes Ionafan, the metropolitan bishop of the Tulchin diocese in Vinnitsa Region, who was targeted by the Ukrainian Security Service (SBU) last October.

The domestic security agency accused the cleric of sowing religious discord and supporting Russia, claiming it had seized incriminating materials, including various “printed pro-Russian content and propaganda literature.” The list also includes his subordinate vicar, Bishop Sergey, who allegedly serves as a “caretaker” for Ionafan’s property of dubious origin, the newspaper noted.

The decree also included several priests who had effectively severed their ties to Ukraine long ago, having defected to Russia. In particular, Lazar, the metropolitan bishop of Simferopol and Crimea, was deprived of his Ukrainian citizenship. The Metropolis of Crimea, which includes several Crimean dioceses, was established and submitted itself to the direct control of the Moscow Patriarchate last summer, citing disarray in the Ukrainian church and a lack of contact with Kiev.

The UOC, which had been subordinate to the Moscow Patriarchate, declared independence early in the ongoing conflict between Russia and Ukraine. The effort to distance itself from Moscow, however, has apparently not spared the UOC from a renewed assault by the Ukrainian government. Over the past few months, UOC sites have been repeatedly raided by the SBU over alleged ties to Russia, while Zelensky openly proclaimed the need to safeguard the nation’s “spiritual independence” from Moscow.

Ukraine has long experienced religious tensions, with a number of schismatic and self-styled entities claiming to be the true and only Orthodox Church in the country. The Orthodox Church of Ukraine (OCU), which was established back in 2018 with direct involvement of former Ukrainian President Pyotr Poroshenko, has become the largest rival to the UOC and contests the religious sites it controls. The OCU appears to be favoured by Ukraine’s incumbent authorities as well.