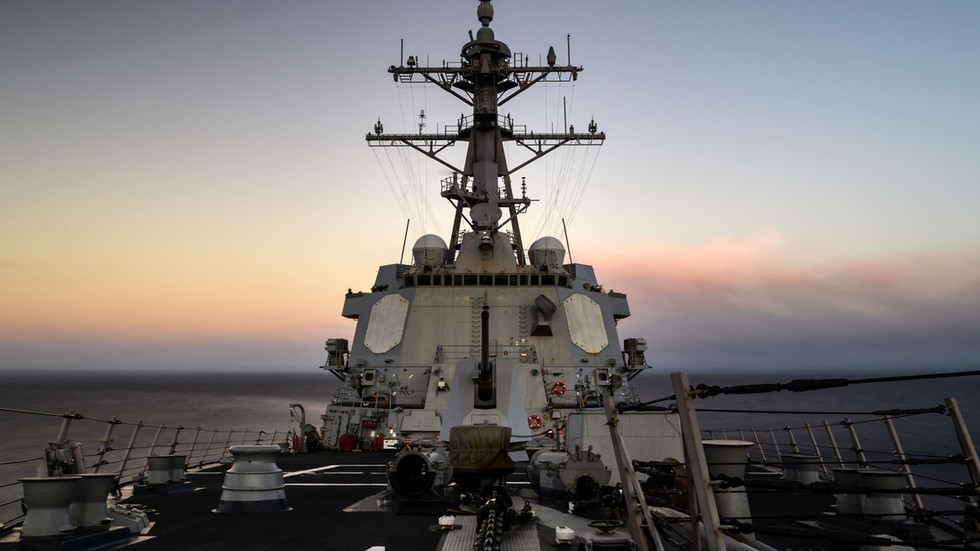 CSIS war simulation outcome sees both Chinese, American and Japanese forces crippled after conflict breaks out over the renegade province of Taiwan

China holds another military exercise near the disputed island

An attempt by Beijing to take control of Taiwan by force in 2026 would likely be unsuccessful, CNN has reported, citing a war simulation conducted by a US think tank. The ensuing conflict would not only cost Beijing dearly but also the Taiwanese, US and Japanese militaries, the analysis finds.

The Center for Strategic and International Studies (CSIS) report, titled ‘The First Battle of the Next War,’ estimates that the US would lose at least two aircraft carriers and that 3,200 American troops would be killed in three weeks of combat, according to CNN, which viewed an advanced copy of the analysis.

The simulations, which were run 24 times, found that Taiwan survived as an autonomous entity in most scenarios, but with heavy losses to all parties. “The United States and Japan lose dozens of ships, hundreds of aircraft, and thousands of service members,” the report predicts.

China’s navy would be left “in shambles” and Beijing could lose 10,000 troops, 155 combat aircraft and 138 major ships. Meanwhile, Taiwan’s military would be “severely degraded” and left to defend an island “without electricity and basic services.” Japan could also lose approximately 100 aircraft and 26 warships as US bases on its territory come under attack from China.

CSIS said such a war is not inevitable “or even probable,” noting that Beijing could opt for a strategy of diplomatic isolation and economic coercion instead.

Chinese President Xi Jinping has said Beijing’s goal is “peaceful reunification” with the island, but has not ruled out force.

The report notes there is no comparison between a Taiwan conflict and the crisis in Ukraine, because it would be“impossible” to get troops and supplies onto the island once a war begins.

“Whatever the Taiwanese are going to fight the war with, they have to have that when the war begins,” CSIS said, arguing that Washington needed to fully arm Taipei in advance.

However, while the US may win a “pyrrhic victory” in Taiwan, it would end up “suffering more in the long run than the ‘defeated’ Chinese,” the report concluded.

Meanwhile China has announced a military exercise near Taiwan on the eve of visits by German and Lithuanian lawmakers to the self-governed island. The drill has been described as countering “separatist forces.”

The training exercise was announced on Sunday by Colonel Shi Yi, the spokesman for the Eastern Theater Command of the People’s Liberation Army (PLA). He said it would involve sea and airspace maneuvers around Taiwan, focusing on land strikes and amphibious assault action.

The exercise was “designed to test the joint combat capabilities of the troops and resolutely counteract the provocative actions of external forces and ‘Taiwan independence’ separatists,” a statement said.

Beijing views self-governing Taiwan as an integral part of its territory under the ‘One China’ policy – which is acknowledged by the US – and opposes any form of diplomatic and military assistance to the government in Taipei. Chinese officials have accused Washington of deliberately eroding the long-standing arrangement by having close military cooperation with the island.

President Joe Biden has twice promised US military support in the event of a Chinese invasion, first in May and again in September. White House officials have walked back those statements, however, stating that the US is not encouraging Taiwanese independence.

0
InCentre for Strategic and International Studies