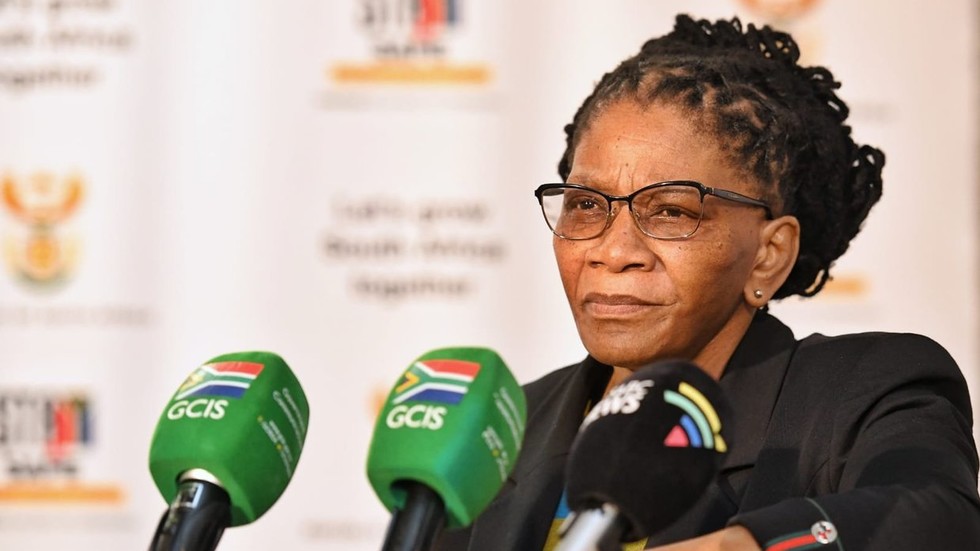 Relations between Washington and Pretoria have become strained after a Russian cargo ship visited South Africa’s largest naval base last month, the Wall Street Journal reported on Monday. The country’s defense minister said the US had been pressuring African nations over any links with Moscow, according to the outlet.

Washington is “concerned by the support the South African Armed Forces provided to the ‘Lady R’,” a senior US official told the WSJ, referring to a Russian vessel that was sanctioned in May over its alleged involvement in arms shipments for Moscow.

In early December, the ship was allowed to enter Simon’s Town navy base with its transponders turned off and freely move cargo there, the report claimed. “There is no publicly available information on the source of the containers that were loaded onto the ‘Lady R’,” the official said.

The outlet cited comments made by South African Defense Minister Thandi Modise last month regarding the visit of ‘Lady R’. She declined to reveal what cargo the ship was carrying, only saying that “whatever contents this vessel was getting were ordered long before Covid,” which emerged in late 2019.

Washington “threatens Africa, not just South Africa, of having anything that is even smelling of Russia,” Modise said, as quoted by the WSJ.

The article noted that, under the US law, Washington can place sanctions on any entity that provides services to a black-listed ship.

Darren Olivier, who heads African Defense Review consulting company, told the outlet it was plausible that the ‘Lady R’ was bringing an old order of Russian ammunition to South Africa. Moscow and Pretoria agreed a shipment of 4.5 million rounds of Russian ammunition worth around $585,000 back in 2020, he said.

As for what was loaded on the ship, Olivier pointed out that “South Africa’s defense industry does not generally produce armaments and complete systems that are used by the Russian military.” However, he said Moscow could be interested in dual-use items, including guidance systems and optics for aerial drones.

According to the senior US official, who spoke to the WSJ, the US embassy warned Pretoria in November that a sanctioned vessel was about to arrive in the country, but the South African authorities did not respond. The events surrounding ‘Lady R’ demonstrate the “difficulty” of implementing sanctions on Russia for the US and its allies, the article noted.